Her birth name, historians believe, was Aina but in the high society of 19th-century England she was Sarah Forbes Bonetta, an enslaved little girl from what is now the west African country of Benin who became Queen Victoria’s goddaughter. The remarkable life of Bonetta is being highlighted by curators at […]

Her birth name, historians believe, was Aina but in the high society of 19th-century England she was Sarah Forbes Bonetta, an enslaved little girl from what is now the west African country of Benin who became Queen Victoria’s goddaughter.

The remarkable life of Bonetta is being highlighted by curators at English Heritage who, on Wednesday, will unveil a new portrait of her by the artist Hannah Uzor – part of a project to commission and display paintings of black figures whose stories have previously been overlooked.

“Where do you start? Her story is an extraordinary one,” said Anna Eavis, curatorial director of English Heritage. “Through her life we can also see a number of interesting and quite uncomfortable things around colonial attitudes to her.”

Bonetta was born into a west African royal family in 1843. Her father was killed in war when she was five and she was captured and enslaved by Gezo, the king of Dahomey, present-day Benin.

In 1850 the British naval captain Frederick Forbes arrived in Dahomey on an unsuccessful mission to persuade Gezo to give up the slave trade. Forbes requested the little girl as a diplomatic gift, bringing her to England on his ship HMS Bonetta.

Bonetta was introduced by Forbes to Victoria who was charmed by her, describing her as “sharp and intelligent”.

The Queen met the girl several times, including at her seaside home Osborne on the Isle of Wight, where Uzor’s portrait will be on display. She was clearly genuinely affected by Bonetta, becoming her godmother and paying for her education in Sierra Leone and Gillingham, Kent.

Bonetta later lived in Brighton, where she married a rich, Sierra Leone-born merchant, James Davies, whose own parents were liberated slaves. It was a wedding that was of national and international interest with people lining the streets to catch sight of the couple and the attending dignitaries.

The historian David Olusoga has described Bonetta as a symbol in that “she became biographic shorthand for the perceived accomplishments of Britain’s civilising mission”.

At one point Bonetta was photographed by the society photographer Camille Silvy, an image that is in the collection of the National Portrait Gallery.

It is on this photograph that Uzor has based her portrait of Bonetta, in a shimmering cream wedding dress against a vibrant background of dark turquoise.

Uzor said she was drawn to Bonetta because of parallels with her own family and children, who share her Nigerian heritage.

“Through my art, I’m interested in exploring those forgotten black people in British history, people such as Sarah,” said Uzor. “What I find interesting about Sarah is that she challenges our assumptions about the status of black women in Victorian Britain.

“To see Sarah return to Osborne, her godmother’s home, is very satisfying and I hope my portrait will mean more people discover her story.”

Bonetta lived the rest of her life in Lagos and later Madeira, where she died of tuberculosis. She named her daughter Victoria, who also became the Queen’s goddaughter.

Eavis said the story of Bonetta was a fascinating one that also shone light on more uncomfortable sides of colonialism, such as how she was “viewed as a specimen of what a negro woman could become with the right patronage”.

The portrait is the first step in an English Heritage project to commission and display paintings of black figures with links to historic sites whose stories have previously been overlooked.

“We’re keen to make sure we are thinking about those historical figures in a fuller way; that they are not simply a footnote in the stories of the places that we look after,” said Eavis. “We think visualising the past in this way is a good trigger for thinking about it.”

Other figures on the list will be James Chappell, a 17th-century servant at Kirby Hall in Northamptonshire who saved the life of the hall’s owner from a fire. Another is ancient Rome’s African-born emperor Septimus Severus who strengthened Hadrian’s Wall.

“Black history is part of English history and while we know we have more to do, English Heritage is committed to telling the story of England in full,” said Eavis.

The portrait of Bonetta goes on display at Osborne from Wednesday 7 October.

Fri Oct 9 , 2020
On Friday, October 9th the Housatonic Museum of Art presents the latest film in their FREE Friday Night Flicks online film series: “Nothing Changes: Art for Hank’s Sake.” The documentary chronicles the daily life of Hank Virgona, an 87-year-old artist in New York City who is grappling with aging, change, […] 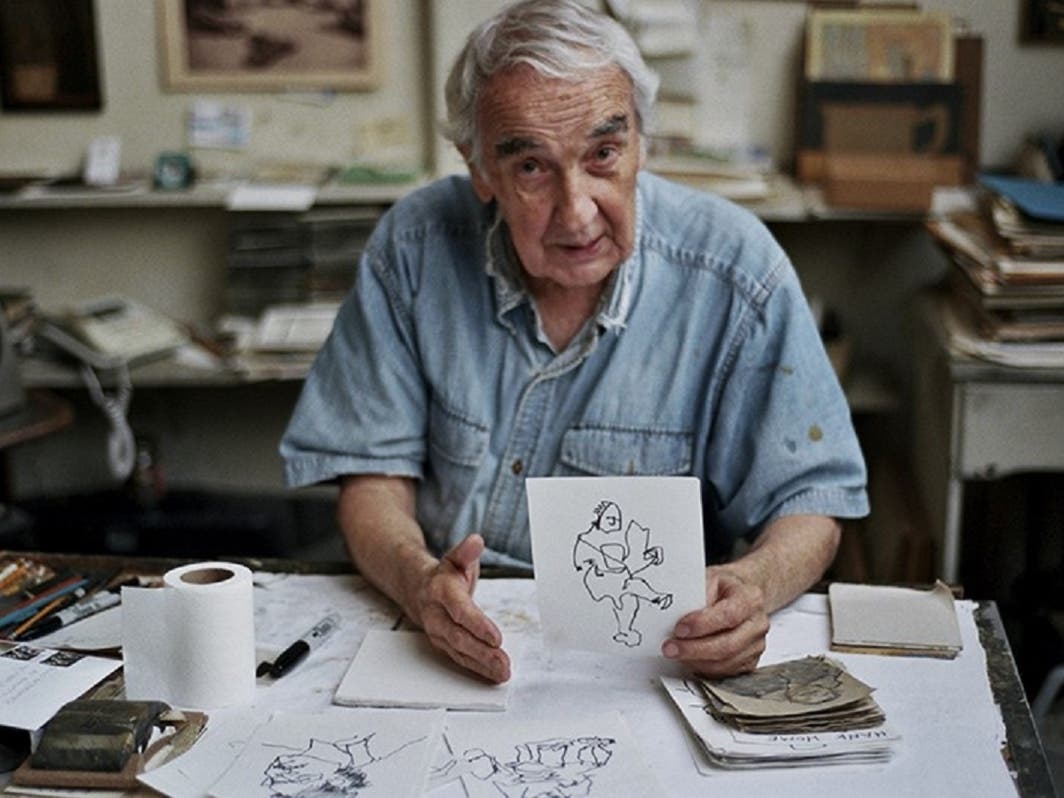