“A poet’s autobiography is his poetry,” said Russian poet Yevgeny Yevtushenko. “Anything else is just a footnote.” In her fifth poetry collection, National Book Award-winning poet Nikky Finney says no to this. She stacks new poems alongside artifacts of her life, handing us an immaculately curated book that integrates her […]

“A poet’s autobiography is his poetry,” said Russian poet Yevgeny Yevtushenko. “Anything else is just a footnote.” In her fifth poetry collection, National Book Award-winning poet Nikky Finney says no to this. She stacks new poems alongside artifacts of her life, handing us an immaculately curated book that integrates her “footnotes” into an essential collage of life and art.

Love Child’s Hotbed of Occasional Poetry, the poet’s first new collection in nearly 10 years, demonstrates how Finney continues to push herself and expand our idea of poetry’s scope. Poems written to commemorate a particular event or milestone are known as “occasional” poems, and Finney fell into composing such poetry early in her life as a “girl with pencils in her hair and behind her ear,” she writes, called to commemorate notable moments. Many of the poems included in this collection were commissioned to mark public occasions; others are simply Finney practicing what she calls “good devotional work” by allowing moments with art (ekphrasis) and personal and collective history to create the occasion for a poem.

Nestled among these elegant poems we find essays and “hotbeds.” A hotbed, as Finney defines it, is “heated earth (soil) … used for germination of seeds, favoring rapid growth.” A keeper of journals most of her life, Finney considers these creative entries her decades-long hotbeds and includes more than 30 of them.

As in much of Finney’s previous work, she invites us into her vision of race, gender, family, love and relationship to the land. But this collection is different. Part lyrical insurgency, part memoir, part fantasy, it tells us how Finney came to be a poet and shows us the land, people and artifacts that helped her get there. This collection is as much about South Carolina as it is about her father as it is about her heroes as it is about the weight of the pencil in her Black hands in a hurting United States:

But early flirtations with insurgency help her write much-needed work, like the nine-page poem on the occasion of Tamir Rice’s public slaughter and the nearly 20-page poem about 14-year-old George J. Stinney Jr., electrocuted in South Carolina in 1944.

In addition to the lengthy poems in this collection, the book quite literally stands apart from her past efforts. At 264 pages, it looms taller on the shelf and weighs more in the hand. Opening it feels like flipping the lid of a small treasure box. Among the most important treasures are the full-color facsimiles of notes from her father, the late Ernest A. Finney Jr., a longtime justice on the South Carolina Supreme Court.

Finney’s father died in 2017, and these notes threaded throughout the book let us grieve alongside her. He reminded her of his love on Post-it Notes, letterhead of the courts, random pieces of cardstock and yellow pages ripped from legal pads. He sent birthday messages, notes of pride about her first book, tender reminders that testify to how language always existed in her blood: “You are with me, wherever I am and I know if you had not been born to us I would still be looking for you,” he writes in one note. Most of these messages he addressed to “Love Child,” his affectionate nickname for Finney and the inspiration for the title of this book.

Finney elevates art with ekphrastic pieces based on photographs, and she delivers one of the more haunting poems of the book through a visual image as well — on the occasion of Polly Sheppard surviving the massacre at Charleston’s Mother Emanuel AME, in “Miss Polly Is Akimbo underneath the Mother Emanuel Collection Table”:

The one who came to start the next Civil War

Speaks to her directly. Have I shot you yet?

There is no one else left to answer.

I heard Finney read from this collection-in-progress last year, before Toni Morrison’s August 2019 death, and I remember being especially a fan of “Hotbed #58,” a whimsical tale — part fact, part fiction — about Finney driving Morrison around Sweden after the Nobel Prize ceremony. It’s another standout toward the end of Love Child’s, which feels especially poignant following Morrison’s death. Finney begins the collection with the legacy of writers who inspire her and ends with this dreamlike moment. “You working?” Morrison asked her, birthing a personal mantra.

Yes, Finney is working. And she’s worked for almost six decades. And she’s inspiring young poets to draw near to their collection of pencils and do the work. Do the work in ways it’s never been done before.

To read an extended version of this review — and more local book coverage — please visit Chapter16.org, an online publication of Humanities Tennessee.

Thu Oct 1 , 2020
The long-awaited R O G ZEPHYRUS G14-ACRNM gaming laptop – a collaboration between ACRONYM and Republic of Gamers – is now available to buy online at selected retailers. A closer look at the product cosmetically reveals the intricate ways in which the laptop melds premium design and state of the art hardware. […] 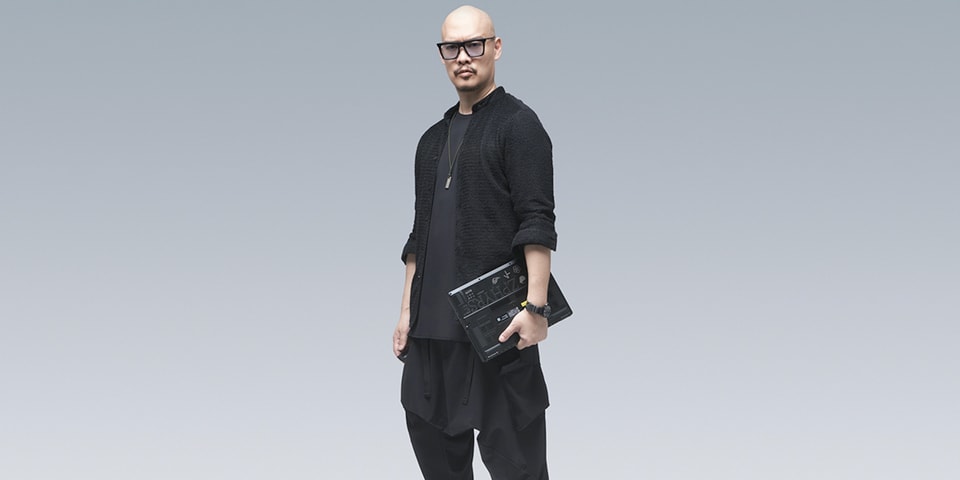