On the stroke of midnight on New Year’s Eve 1999, an eerie music began to ring out across east London from an old lighthouse on the Thames. Though you wouldn’t have guessed from the widely spaced notes, it was composed by Jem Finer, best known as co-creator of the Pogues’ […]

On the stroke of midnight on New Year’s Eve 1999, an eerie music began to ring out across east London from an old lighthouse on the Thames. Though you wouldn’t have guessed from the widely spaced notes, it was composed by Jem Finer, best known as co-creator of the Pogues’ Fairytale of New York. In ambition as well as tempo, Longplayer could hardly be more different from the rackety Christmas perennial. Harnessing the pure sound of Tibetan singing bowls, this new composition was programmed to run for 1,000 years without ever repeating itself.

Two decades on, Finer chuckles at his own presumption. When he was devising the project in the late 90s, he says, he hadn’t understood the real challenge, which was that such a long-term project is only as good as the structures devised to look after it, keeping it relevant to a fast-changing world and up to date with a technological revolution that has swept us from the infancy of the internet to the hyper-connected world in which we now live. “If nobody is interested, or there is no way of playing it, it will no longer exist,” he says. But so far, so good. Two decades on, Longplayer still rings out from the lighthouse. It also has its own app, which plays it around the clock in real time, and listening posts in Yorkshire and San Francisco. Or as Finer puts it: “It now has a history as well as a future.”

A slightly belated milestone in that history will be marked over the next few weeks with a season of 20th-anniversary celebrations, including the installation of Sonic Ray, which will beam the music 800 metres from Longplayer’s home in Trinity Buoy Wharf Lighthouse to Richard Wilson’s sliced-up sand dredger, A Slice of Reality, in Greenwich. Small groups of socially distanced spectators will be ferried from one to the other in a decommissioned police launch, which, amusingly to a generation of Grand Theft Auto fans who weren’t even born when Longplayer began, is called Predator.

Socially distanced … a sonic ray will beam Longplayer from the lighthouse to Richard Wilson’s A Slice of Reality 800m away. Photograph: Martin Godwin/The Guardian

Aptly for celebrations that were nearly derailed by an unprecedented pandemic, the anniversary will kick off on Saturday with a global online conversation addressing the long-term challenges facing human civilisation. Consisting of a relay of half-hour dialogues between 24 leading thinkers from a wide array of countries and disciplines, the Longplayer Assembly will be livestreamed from 10am to 10pm BST, opening with an epidemiologist in discussion with a forensic architect, and coming full circle 12 hours later with that same epidemiologist chatting to an astro-physicist.

It now has a history as well as a future

Other interlocutors range from well-known writers, artists and musicians to scientists, urban planners and tech entrepreneurs. The oldest speaker is 87-year-old historian and philosopher Theodore Zeldin and the youngest is 23-year-old Ugandan climate activist Mulindwa Moses.

There is no formula for the conversations beyond the stipulations that they should last exactly 30 minutes, and should address themselves to a series of central questions: “What kind of future do you want and how could it be realised within your field of expertise?”, “What stories can you tell that point to the kind of future we could be heading towards?” and “Might collaboration between disciplines help to imagine positive long-term change?”

Significantly, there are no politicians in the lineup because, as Michael Morris of the project’s producers, Artangel, says, “quite a lot of the problems we’re facing in so many different fields are to do with the short-term values of politics. Most of the creative and imaginative thinking about the future is being done outside that system.”

The woman who will open and close the conversation is the Zimbabwean-born epidemiologist and entrepreneur Precious Lunga, whose innovations have included a public health app designed to educate people in dealing with chronic health problems, some of which – including diabetes and hypertension – have been thrown into the spotlight by the Covid crisis. Launched in 2016, Afya Pap is currently in use in seven African countries

“As epidemiologists we always thought there was going to be a pandemic, but it’s one thing to look at it from figures and another to live through it,” says Lunga. “Living through it has taught us it’s absolutely about dialogue and not about isolation. I’m really drawn to the idea that you have people from different walks of life having a conversation.”

She admits she’ll need a briefing from her nephew before her closing conversation with astro-physicist Janna Levin. “I don’t know much about it, though I’m curious.” But of her opening talk with forensic architect Eyal Weizman, she says: “Epidemiology is about what determines whether humans are going to be healthy or not. It involves understanding how we lived in the past and its impact on our health today. Where we live and how we interact with our living conditions is part of that, so I’m very interested in finding out what forensic architecture is.”

Weizman is professor of visual and spatial cultures who founded the pioneering Centre for Research Architecture at London University’s Goldsmiths college. In a recent pamphlet he investigated the role of the traffic roundabout in social upheaval and authoritarian reprisals, with reference to the “roundabout revolutions” of the Arab Spring. His conclusion was that this physical location of political fracture needed to find its mirror image in the collaboration of roundtable talks.

His thesis is in turn reflected in Lunga’s own life experience. “The most important thing I did in my career,” she says, “was when I travelled with my degrees from fancy universities thinking I had the answer to everything, and sat with communities and realised there was so much more I had to understand before I could begin to contribute.”

Over 20 years, says Finer, “my concern has shifted from how to keep Longplayer going to how you keep the world going so there’s somewhere you can listen to it. I feel Longplayer should address that in some way, without having any illusions that it’s going to save the world.”

Kimberly Drew on social media, art museums, and the role of art during the pandemic.

Sat Sep 26 , 2020
Listen & Subscribe Choose your preferred player: Get Your Slate Plus Feed Copy your ad-free feed link below to load into your player: For questions about subscriptions or your Slate Plus feed, check our FAQ. Episode Notes This week, host Rumaan Alam talks about the importance of museums with writer […] 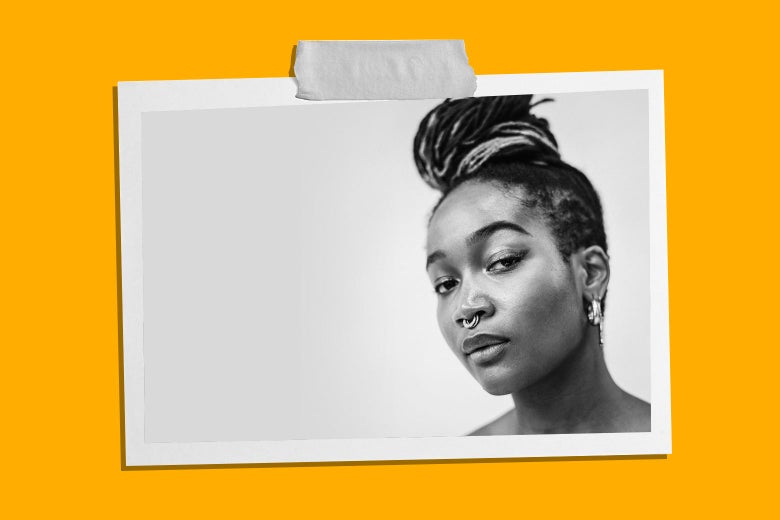