In the race to build an iconic national centre celebrating Australian Aboriginal art and culture there are now three contenders. The Northern Territory and South Australian governments have had plans in place for one for some time. And the Western Australian government recently announced $2 million towards planning a new […]

In the race to build an iconic national centre celebrating Australian Aboriginal art and culture there are now three contenders.

The most suitable place for such a centre has been hotly debated for well over a decade. Yet it is still unresolved. While the debate has predominantly been about location, too often, institutions with existing collections are excluded from the dialogue.

Rather than an entirely new cultural centre, we argue that funding to the Berndt Museum of Anthropology, housed at the University of Western Australia, should be expanded.

The museum’s collection is of national and international significance. It holds cultural material from the South-West, Gascoyne, Pilbara, across the Kimberley and beyond state and territory borders nationally, as well as reaching out into Asia.

Three years ago, a Northern Territory Government report outlined plans for a National Aboriginal Art Gallery to be located in Alice Springs. This facility is yet to be built. Debates within the territory’s Aboriginal community have slowed progress as the location has shifted from Alice Springs to Katherine, and back.

Important questions remain about the central emphasis of “art” or “culture”, and if the gallery’s focus should be national, regional or local.

In Adelaide, meanwhile, the Liberal Party promised a National Indigenous Art and Culture Gallery during the 2018 election. A$150 million in state and federal funding has been allocated towards the gallery, which would draw on the collections of the South Australian Museum.

However, earlier this year, the SA government dropped “National” from the proposed museum’s title, acknowledging the desire for more than one such gallery in Australia.

In Perth, the Berndt Museum of Anthropology is one of the nation’s most significant collections of Aboriginal cultural heritage: home to over 12,000 artworks and 35,000 photographs, audio-visual recordings and other archival materials.

We have both worked with the collection, and believe this centre could be a national leader in sharing Indigenous art and culture. We believe discussions about a new centre in Perth must carefully consider how to support and utilise this existing museum and its research collections.

The founders of the Berndt museum, anthropologists Ronald Berndt (1916-90) and Catherine Berndt (1918-94), were not simply interested in Australian Aboriginal people as objects of study. They conducted fieldwork across Australia, gathering information and objects from Aboriginal people in remote, regional and urban areas.

Attuned to the impacts of colonisation in general, they also extended research into Asia for comparison.

Their frank observations about the exploitation and mistreatment of people on cattle stations in the 1940s, their experience in reserves established to relocate Aboriginal people out of the reach of the Japanese in world war two, and their determination to ensure the government understood the consequences of nuclear testing on Aboriginal people reveal their empathy.

Nonetheless, accessing parts of the collection has not always been easy. While grieving her husband’s death, Catherine placed the Berndts’ fieldwork notebooks under embargo, restricting access until 2024.


During their lifetime, the Berndts published extensively on these notebooks. Since their deaths, debate over which parts of their collections are accessible became muddied – an embargo exists on the fieldwork notebooks, but not on the objects, artworks or photographs.

Still, with low levels of resourcing at the museum, the ability of the overstretched staff to respond to access requests in relation to the notebooks will be a challenge even after 2024.

Too often in conversations about cultural centres, the incredible resources already available are neglected.

The Berndt Museum contains masterpieces such as the Carrolup drawings produced in the 1940s by students at the Carrolup Native School and Settlement; the UNESCO listed Yirrkala drawings, works on brown paper depicting the cultural legacy of that region; and some of the earliest examples of contemporary art from Birrundudu in the Northern Territory, and Balgo on the edge of the Great Sandy and Tanami Deserts.


The museum is funded by the University of Western Australia, and its staff of four maintain this collection with expertise in the handling of complex cultural archives.

However, the current museum site is simply a storage facility and a small 10 by 10 metre exhibition space in the Lawrence Wilson Art Gallery. Such a small space, and small staff, is inadequate for such a large collection.

One of the benefits of an anthropological collection is the in-depth nature of the information gathered. If the Berndt Museum was adequately housed and funded, its collection could deliver an almost complete experience of Aboriginal living art, culture and history from the Berndts’ time up until today.

With more funding, the museum could truly develop a plan for community access to the field notebooks and research, and share its collection with the nation.

Existing museums and collections need to be at the centre of any conversation about a new arts centre. By drawing on our past, we can fully imagine our future.

Sat Sep 26 , 2020
New York City Ballet will not be returning to the David H. Koch Theater this fall, but the company’s coming digital season will culminate with performances of new dances by Pam Tanowitz, Jamar Roberts, Justin Peck, Sidra Bell and Andrea Miller. The commissioned ballets will be recorded outdoors in New […] 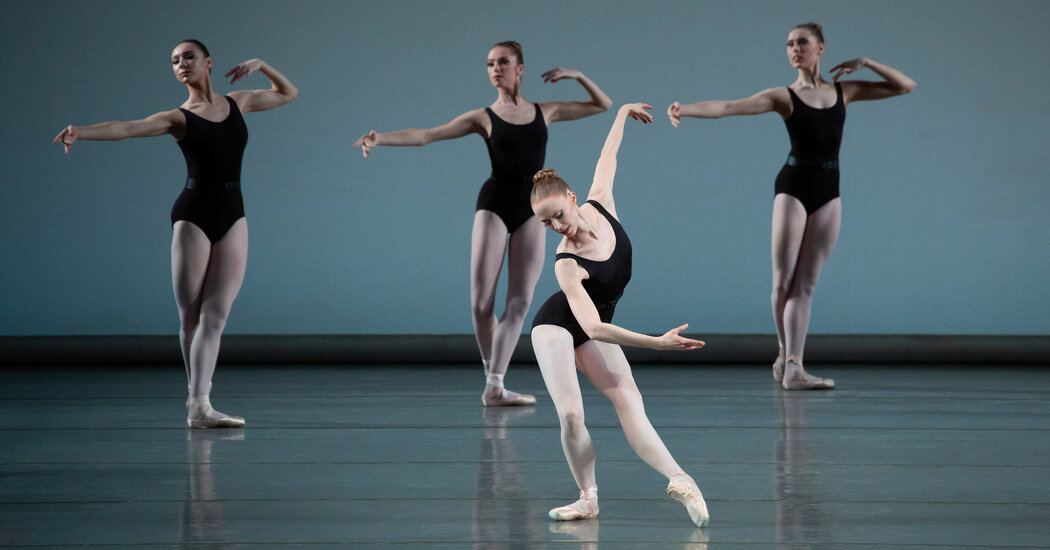