With just weeks until an election, more than 60 artists have joined forced with some of America’s most prestigious museums and galleries for an urgent new social media project. “It is the most important election at least in my lifetime,” said the project’s curator, Christine Messineo, who has teamed up […]

With just weeks until an election, more than 60 artists have joined forced with some of America’s most prestigious museums and galleries for an urgent new social media project.

“It is the most important election at least in my lifetime,” said the project’s curator, Christine Messineo, who has teamed up with Vote.org to create Plan Your Vote, an initiative that will use artworks to send an important message.

Artists including Patti Smith, Derrick Adams, Michael Stipe and Sally Mann are partnering with institutions such as the Guggenheim and the New Museum for pieces emblazoned with messaging urging people to plan their vote.

“There’s a real attack on democracy, so it feels even more crucial than ever to make sure people are armed with the right information on how they can vote,” said Messineo.

Plan Your Vote aims to empower Americans to own their voting rights, providing accurate, up-to-date voting registration details for all states, as well as mail-in and absentee voting information, polling locations and deadlines.

“When you visit Vote.org’s website, you see it’s purely a utilitarian tool,” said Messineo. “That’s intentional. It’s giving people actionable items to vote to be armed in democracy, but once they started to get asks from well-known individuals, we thought: ‘How can we improve upon the visual language that’s sent out to people?’

“We need to create a visual asset library to use when someone like Taylor Swift wants to promote the organization. That’s how artists can help.”

The site is encouraging users to download and share images of the works from the site in order to raise awareness. “They’re all going to be downloadable images you can click on and are ready for social media posting,” said Messineo. “All the museums, alliances, partnerships and artists are going to be posting these images online up until the election. They’re encouraging their communities to make sure that they’re vote-ready, engaged citizens.”

The images range from protest placards to raised fists, podiums, group hugs, intertwined arms and street scenes from protests. They’re all different, but one thing they have in common is a sense of unity.

“Our goal is to get people active,” said Messineo. “This election feels even more urgent for people to get appropriate information and have a strategy in place for their voting.”

There’s also works by Dyani White Hawk, wearing a T-shirt that says “More Than A Mascot”, while Elka Krajewska features a photo of a street sign that reads “Register to Vote”. Vicki DaSilva uses an image of the White House and the Monument Lab (artists Paul Farber and Ken Lum) show a bronze monument of Confederate general Stonewall Jackson being flung off his horse.

New York artist Kambui Olujimi features a painting of Catherine Arline, the artist’s longtime mentor, friend and what he calls, his “guardian angel”. Arline died in 2014 at 77 and was president of the 81st precinct’s community council in Bed-Stuy, Brooklyn.

“Since the death of Catherine Arline, I have been creating a large-scale installation in her memory, entitled Walk With Me,” said Olujimi. “Arline was a community leader and activist; she took me to the polls the first time I ever voted. She helped instill the importance of civic responsibility. It seemed only fitting that I continue and honor her legacy.”

Photographer Marilyn Minter is using her famed photographs of foggy mirrors with slogans that read “Resist” (which the artist has turned into a flag and scarf) and “Sad!” into images for Plan Your Vote.

“As far as the election goes, I saw a great quote on Twitter the other day that said: ‘A government never announces that it has become fascist, instead it announces that anti-fascists are criminals,’” said Minter. “The future of our democracy is at stake and everyone has to do something.”

Vote.org is not alone. There are other election-related fundraisers and awareness projects abound, including Artists for Biden hosted by David Zwirner Gallery and Artists Band Together, a series of bandanas raising funds for voter registration organizations such as Woke Vote, Mijente and Rise. More art-based initiatives are likely to come, as it’s a critical time for Americans to vote between now and November.

As Robert Longo, one of the artists participating in the project with an artwork based on a photo of a protest, sums it up: “I plan on both voting and sending money to candidates to create a better world. This election is of monumental importance because democracy is being threatened like never before by an orange liar and budding fascist wannabe dictator.”

A Peek Inside the Elite Homes of the Art World

Sat Sep 26 , 2020
Like a hand-colored atlas or a lavish birding guide, For Art’s Sake: Inside the Homes of Art Dealers ($85; rizzoliusa.com) hints at the riches of a larger experience—in this case, the international art circuit—without nudging the reader off the couch. Venezuelan-born collector Tiqui Atencio Demirdjian convinced prominent gallerists, including Paula […] 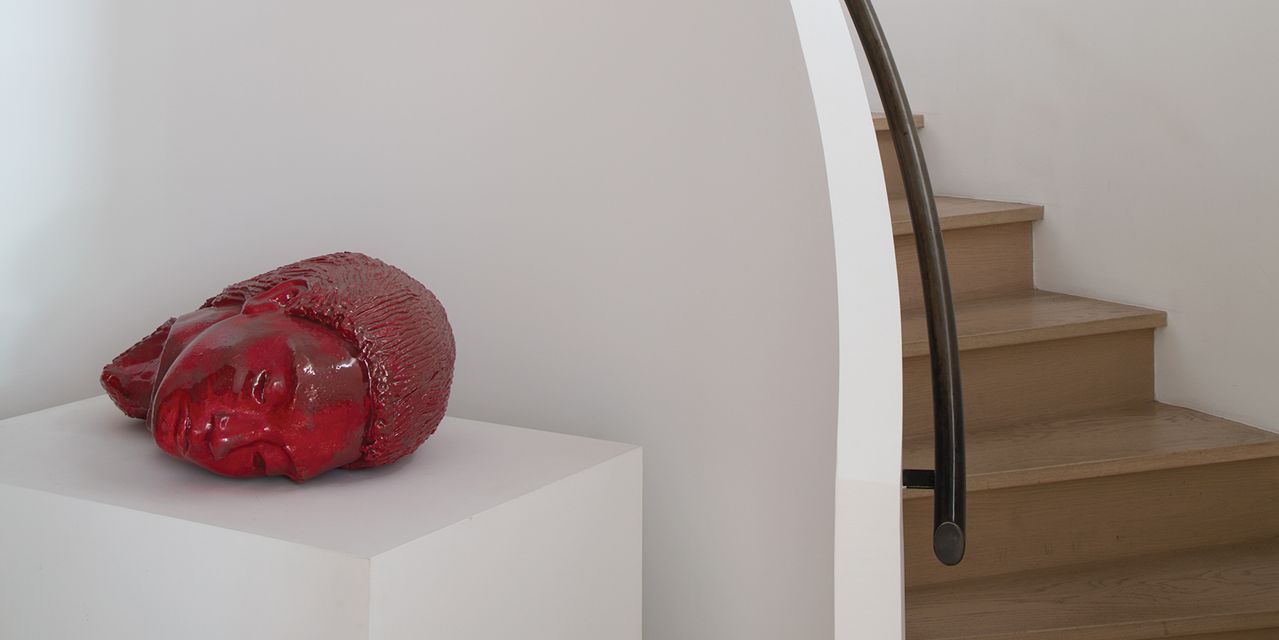