Our Plaza is a nightmare. To me, it looks like a poor attempt to mimic a New England garden. It doesn’t represent Santa Fe, the dominant cultures here, any legacies of it being a Pueblo and then Spanish village, the fabulous art culture of the city, the ecology of the […]

Our Plaza is a nightmare. To me, it looks like a poor attempt to mimic a New England garden. It doesn’t represent Santa Fe, the dominant cultures here, any legacies of it being a Pueblo and then Spanish village, the fabulous art culture of the city, the ecology of the region, or even a pleasant place to sit and listen to music or a talk.

It is an eyesore and disappointment for visitors who’ve heard great things about our town.

And that huge, phallic, useless obelisk in the center of the Plaza must go. If for no reason but aesthetics, it must go.

The city of Santa Fe did intend to create a truth and reconciliation commission as a beginning to sensitive and painful discussions on the future of Santa Fe for the people still suffering from the injustices of colonialism, but the city is now inundated with issues — financial shortages, furloughs, increased crime and disputes as the city looks to internally redesign itself (ah, 2020).

We need to gather as a community to redesign the Plaza, host those difficult conversations and collect ideas. We cannot wait until our government is ready.

Santa Fe was built on pain. That pain is alive and still bleeding in the Pueblo/Tewa and Hispanic communities. Santa Feans need to educate themselves on these histories and horrors, and be open to a Plaza design that represents all our cultures and harmoniously expresses our unity.

Public spaces, and the statues they display, have one major purpose: to reiterate the values of the greater society. It’s a place to reflect and honor those individuals who sacrificed for the values of their communities, and are honored through gardens, statues or memorials. It’s a place to gather, celebrate and debate laws or legislation that do, or don’t, agree with residents. Public spaces reflect governments, communities and the future directions of the people. It’s time for us to discuss that future.

The Santa Fe Plaza is small; however, it could host a few statues or rotating sculptures. We could make the Plaza a “living museum” where visitors could borrow headphones and listen to the history as they walk around the square. Statues could represent Pueblo and Spanish historical lives, and not war or war heroes. Plaques and memorial stones could be erected.

They now make solar sidewalks that light up at night (in any color) after being exposed to sunlight all day, creating a fabulous evening effect and saving energy. Current light posts could be changed to Spanish tin shades, solar-powered, and the stage could be redesigned with solar panels to provide energy for an amplification system throughout the Plaza.

Benches could be made from stones, wood or different Native designs. They could each be different or all the same. The center of the Plaza could have a large zia symbol mosaic-ed into the ground, allowing people to gather in smaller circles for storytelling or music or dancing.

The ideas are endless, and we must be proactive about expressing those ideas. If we sit on this center of injustice and allow another decade to go by without consulting and exposing truths, then things will become impossible, and Santa Fe’s charm will be lost forever.

There is an organization in Santa Fe that specializes in consultive circles and justice designs: Creative Santa Fe. Let’s make it possible for them to spearhead this needed project. Let people of capacity from Native, Hispanic and white cultures direct these talks.

Everything good starts with the seeds of ideas. It’s time to plant those seeds of unity in our Santa Fe Plaza. It’s time our Plaza represents the values and cultures we want to carry into our future.

Lena Hakim is a lifelong resident of New Mexico and a citizen of Santa Fe.

Sun Oct 4 , 2020
Kris Lemsalu Malone and Kyp Malone Lemsalu ‘Love Song Sing Along (Once Again With Feeling!)’ at Kai … [+] Art Centre, Tallinn, Estonia Paul Allen/Andfotography.com With a population of less than half a million and 44 art museums, Tallinn, the capital city of Estonia clearly takes its art and culture […] 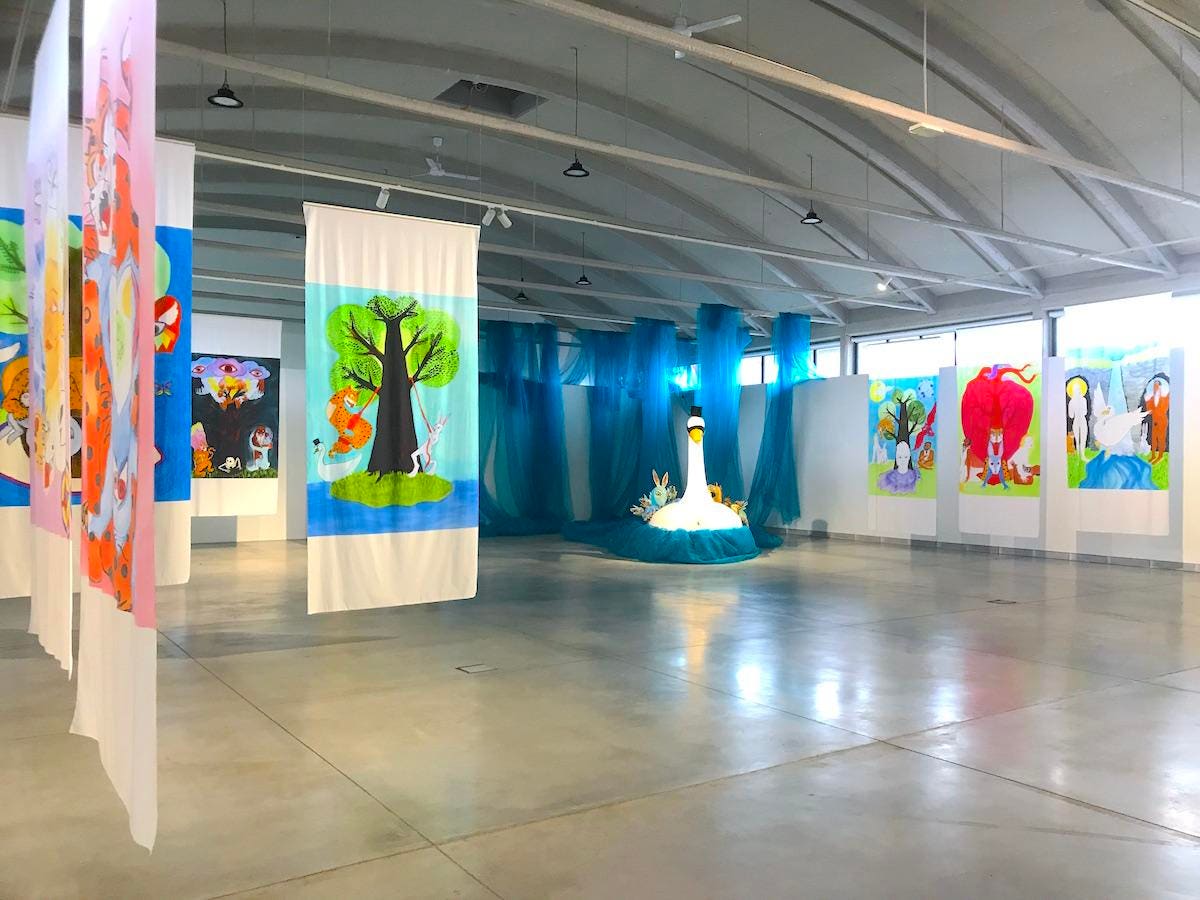