When skilled cobblers and cordwainers set up shop in communities from New England to the Chesapeake Bay back in the 17th century, their creations were commonplace and conventional. Their designs were practical amalgamations of wood and leather, constructed for little more than pragmatism and professionalism. While the variegated, rubber-soled concoctions […]

When skilled cobblers and cordwainers set up shop in communities from New England to the Chesapeake Bay back in the 17th century, their creations were commonplace and conventional. Their designs were practical amalgamations of wood and leather, constructed for little more than pragmatism and professionalism. While the variegated, rubber-soled concoctions today paraded as sneakers also succeed in delivering this value, their chronicle of cultural significance is far more intriguing — it is a story of bridges, a story of boundary-dissolution and a story of blockbuster popularity.

Popular culture has somehow managed to assemble a staunch partition between athletics and the arts. As if engraving them onto opposite faces of some mutually exclusive coin, the prevailing media has painted the former as the epitome of structure and discipline, the latter as a raw representation of minds run rampant. Sneaker culture, however, is a seamless synthesis of the two dominions. Sneakers are unique in that they are simultaneously appliance and articulation; they are mechanisms for agility and artistry all rolled into one.

Today’s show stopping footwear arose from a far more modest and unassuming predecessor — the tennis shoe. High marks from the sport’s country club constituency led to an early association with wealth and power, although this conceptualization was quickly turned on its head. As sneakers became accessible en masse throughout the 1920s, they transitioned from the lavish opulence of private clubs to the cracked pavement of public courts, where they would soon grow almost inseparable from the sport of basketball. It was icons of this game that gave us some of the most beloved and enduring models, from Nike’s Air Jordan to Converse’s Chuck Taylor.

Even as the shoes transcended social divisions, worries surrounding class remained. Sneakers born out of special sponsorships or limited edition promotions were still far from cheap, meaning that taking a stroll in a particularly well-advertised or widely-envied iteration was practically synonymous with pulling a wad of cash out of your pocket and waving it under the noses of passersby. The final years of the 1980s were characterized by a spike in crime, and historians have not been shy about forging a linkage between the burgeoning sneaker culture and the escalating incidents.

What differentiated sneakers from any other shoe was their symbolism. The entire objective was to offer the wearer a freedom to accomplish their own projects, unbound from limitations of functionality or dress code. They keyed consumers into a narrative that was liberating, adaptable and explorable, one that praised deviations from the status quo and thrived on the slowly crumbling formalization of society.

These qualities made them the impeccable conduit for political action, ranging from subtle instances of advocacy (like adorning the shoes with phrases or images) to subversion on the world’s stage (such as Jesse Owens’ sporting German footwear when the Olympic Games convened in Berlin in 1936). The Black community was the cradle of sneaker culture, and so much of the activism that was (and continues to be) perpetuated through sneakers was correspondingly linked with the desire to highlight racial injustices and dismantle schemes of institutionalized racism.

Music industry A-listers recognized this sprawling fascination with sneakers as a ripe opportunity for coalition-building, and they seized it. Athletes and artists alike rallied around these products as indisputable tools for a new manifestation of self-expression that was at once tacit and deafeningly loud. Some of the biggest names in hip hop have dropped tracks in honor of their favorite pairs — Nelly’s “Air Force Ones,” Meek Mill’s “Reebok Back” and Run-D.M.C’s “My Adidas,” to name a few. Major partnerships continue to dominate the industry, with top sellers like Rhianna, Kanye West, Travis Scott and Drake all hopping in on the sneaker trade. With the worldwide sneaker industry worth roughly $62.5 billion in 2017, it’s no secret that there’s a clear opportunity to reap a profit.

While sneakers’ promise of comfort has lured us all in, their delivery of an excitement that assuages the numbness of normalcy has won us all over. Their shape and surface area lend themselves to a liberty of design where many other modes of footwear are constrained, subsequently spawning a proliferation of silhouettes and styles. Previous limitations to the world of athletics have been scrapped in favor of a far more inclusive constituency, with options for “lifestyle” and “streetwear” customers on the rise. Even the most prestigious houses of haute couture have ventured into the sneaker market, with Givenchy, Balmain and Chanel leading the way for their fellow luxury ateliers. Although cursory examination reveals this trend as a simple example of suppliers looking to meet the expanding preferences of their consumers, the shift practically begs for speculation — isn’t this just another example of the pervasive gentrification that has come to define our era?

It is crucial to remember that sneakers are, in their purest form, art. They are schema-shattering constructions of wearable innovation. Sneakers are effectively rubber-soled art exhibitions in miniature, serving to challenge our conceptions of where art dissolves into mere functionality. Perhaps the very existence of the sneaker is proof that threads of the former are inextricably woven into the fabric of the latter.

Megan Pontin is a sophomore in the School of Industrial Labor Relations. She can be reached at [email protected] Rewind runs alternate Tuesdays.

The Art to Gothic Decor in the Modern Home

Thu Oct 8 , 2020
Gothic fashion and art may seem like ephemeral trends, but these subcultures are steeped in history. And what’s interesting in the world of interiors is gothic design’s multifaceted nature, drawing influences from across the centuries and undergoing many transformations through time. Yet however you look at it, it’s timeless. Gothic […] 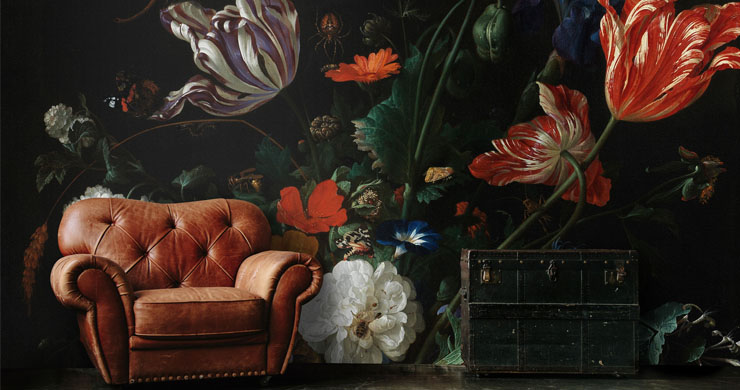