MUSEUM REIMAGINED: The double-height Grand Hall sits at the heart of the Princeton University Art Museum complex and will function as a lecture hall and performance space. It is also designed to host many of the Museum’s larger events. (Rendering courtesy of Adjaye Associates) By Anne Levin When Princeton University […]

MUSEUM REIMAGINED: The double-height Grand Hall sits at the heart of the Princeton University Art Museum complex and will function as a lecture hall and performance space. It is also designed to host many of the Museum’s larger events. (Rendering courtesy of Adjaye Associates)

When Princeton University Art Museum announced a public webinar that would reveal the design for its new building, Museum Director James Steward knew there would be some interest among patrons and fans of architect Sir David Adjaye, who would be appearing in the virtual event. But he never imagined just how much interest there was.

“We had 2,400 people on Zoom and 5,100 on Facebook Live. It’s crazy,” Steward said a few days after the September 23 event. “There are people in our little world who have been lobbying for this for 30 years. To have that amount of attention, and for the response to be so positive, is just heartwarming. And it’s more than that. ‘Heartwarming’ sounds lukewarm.”

Attendance at the Museum has more than doubled in recent years. Individual events draw large audiences, and there are no social spaces. The collections now number over 110,000 objects, only about two percent of which can be displayed at a time.

The new building, anticipated to open in late 2024, will replace and roughly double the square footage of the existing facility, which is in the middle of the campus. Construction is to begin next year. The design allows the Museum’s collections to be exhibited substantially on a single level, shaping new ways of encountering them.

“This approach brings architecture and curatorial practice together in a manner that is rare among major cultural institutions,” reads a press release. “Galleries will alternate in volume to accommodate the Museum’s richly varied collections and to combat visitor fatigue, while elements of visible storage will feature significantly throughout the Museum building, allowing curators to vary the density of display and create moments ideally suited for scholars as well as for general visitors.”

The new Museum will occupy three stories, featuring seven primary interlocked pavilions containing many of the building’s new galleries, interspersed with more intimate spaces that break down the scale of the whole while knitting the elements of the new building into the campus landscape. It is designed to welcome visitors from all directions through a design that strives to be “all fronts and no backs.”

Adjaye Associates, which is based in London, Accra, and New York, works all over the world. The firm designed the Smithsonian National Museum of African
American History and Culture, which opened in 2016 on the National Mall in Washington, DC. Adjaye was knighted by Queen Elizabeth a year later for his services to architecture.

In the webinar, Adjaye said he took into consideration the University’s architectural heritage, which includes more than 30 different styles. “The fact that he really understood the goals of the commission better than anyone else we talked to was part of why he was chosen,” Steward said of Adjaye. “And he really had a stronger ability to adapt to the context of the campus. He isn’t so dominated by a single aesthetic.”

The design includes outdoor terraces that diminish borders between indoors and out, including spaces for performances and events that can accommodate 200 to 2,000 users. A Grand Hall for lectures, performances and events; numerous classroom spaces and two “creativity labs”; and a rooftop café will serve University audiences, adults and K to 12 students. Two “art walks,” or pedestrian pathways, will go through the building.

Steward is especially enthusiastic about the Grand Hall. “It’s going to be an amazing space,” he said. “The Museum is the hub of the campus, and the Grand Hall is the hub of the hub. It is a triple height space that goes to the roof, with daylighting, but it can turn into a black box space. The upward thrust of it is really key, and the materiality. It wasn’t clear we could afford all those materials, but the generosity of our benefactors has made a difference.”

Despite all of the grand, extra space in the design, Steward wants to retain the manageable feeling of the current building. “One of the things I said to David early on was, ‘Let’s make sure people still feel an experience of intimacy, even though we are doubling the size,’ ” he said. “We didn’t say give us that space again, but let’s create these little spots where people feel they can tuck away and linger. We want to encourage people to stay longer. There will be a lot of built in benches, inside and outside.”

The decision to build the new Museum at the site of the current facility keeps it physically adjacent to the University’s Department of Art and Archaeology and to Marquand Library, as a research center.

Responding to observations by some that the exterior of the building seems stark, Steward disagreed. “I think it’s a hazard of how you render architecture,” he said. “It’s very hard to convey the materiality of the building, the stone aggregate and the way in which the surface is being treated. There is a kind of serration in the way the stone will capture light and shadows. It is both very materially rich and much warmer than the renderings tend to reveal. The stone work, and certainly the bronze detailing, will be a happy surprise for anyone concerned about that.”

Fri Oct 2 , 2020
I AM HERE: An Intimate Portrait Series launches today IRVINE, Calif., Oct. 1, 2020 /PRNewswire/ — In celebration of Breast Cancer Awareness Month, Agendia, Inc., a world leader in precision oncology for breast cancer, is proud to present the I AM HERE campaign, a collection of illustrations and stories that capture […] 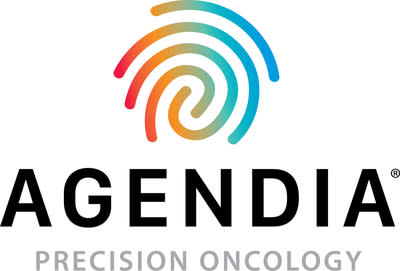