The digital concert film is available to watch now through Election Day, November 3, 2020.

Quodlibet Ensemble and countertenor Reginald Mobley are featured in Coming Together, a digital world premiere film available to watch now through Election Day, Tuesday, November 3, 2020 at 5pm ET, that traces a journey from struggle to hope amidst challenging times. Co-presented by Five Boroughs Music Festival, Baryshnikov Arts Center (BAC), Tippet Rise Art Center, and Bay Chamber Concerts, the 60-minute film begins with Frederic Rzewski’s Coming Together for narrator and ensemble with text by Samuel Melville, one of the leaders of the revolt against police brutality at Attica Prison in 1971; followed by a set of four songs and spirituals by Florence Price, starting with uncertainty and looking to God for strength; and J.S. Bach’s Cantata No. 54, Widerstehe doch der Sünde, which urges the listener to stay true to the righteous path, despite temptation.

The musical collaboration was curated by Quodlibet Ensemble’s Artistic Director Katie Hyun and created for film in collaboration with Mobley, both passionate advocates for social and political justice. Coming Together was recorded at remote locations and at BAC in September 2020, one of the very first ensemble recordings made in New York City after shutdowns due to the COVID-19 pandemic. The Rzewski was recorded and filmed by each performer individually and edited by Paul Wiancko and Katie Hyun and the Price and Bach were recorded and engineered by Noriko Okabe. Lighting design is by Joe Levasseur.

The film was conceived by Hyun, violinist and founder of Quodlibet, and filmed by Pastor Isaac Scott, an award-winning social impact multimedia artist and human rights activist and a Fellow at the Center for Institutional and Social Change at Columbia Law School, whose passion for human rights comes as a result of being directly affected by the criminal justice system and its disenfranchising nature. For this project, Pastor Scott was assisted by Pastor Kairi Chapman.

Reginald Mobley is one of the most sought after countertenors on both sides of the Atlantic, noted for his “crystalline diction and pure, evenly produced tone” (Miami Herald). Highlights include extensive tours around Europe singing a repertoire encompassing Bach’s St. Matthew and St. John Passions with the Monteverdi Choir and English Baroque Soloists led by Sir John Eliot Gardiner. He has also recently been invited to perform with the Royal Scottish National Orchestra, City of Birmingham Symphony Orchestra, Academy of Ancient Music, Budapest Festival Orchestra, Internationale BackAkademie Stuttgart, Balthasar-Neuman Choir, Wiener Akademy, Freiburger Barockorchester and Orkiestra Historyczna in Poland.

The remainder of the 2019/20 season would have seen Mobley embark on his first Australian tour to perform with Bach Akademie Australia and Canberra International Music Festival, now postponed to 2022. A recording of Spirituals with piano will be released on the French label, ALPHA CLASSICS. In the United States, Mobley has recently been engaged in recorded concerts with the Washington Bach Consort, Quodlibet Ensemble for the Five Boroughs Music Festival in New York, Pacific MusicWorks in Seattle, Cantata Collective in Berkeley, Bach Collegium San Diego and Agave Baroque. Mobley has been appointed as the first Programming Consultant with the Haendel and Haydn Society in Boston, MA.

Nate Tyler Has Art on Asyms Mastered in This 16mm Flick

Wed Oct 7 , 2020
Nate Tyler’s day-to-day seems to play out like the scripted life of an artist/surfer. He lives in Central California with family in their hand-built home where he spends parts of the afternoon shaping lifesize modern, abstract steel sculptures. He finds waves that he rides on abstract, asymmetrical shapes. And watching him […] 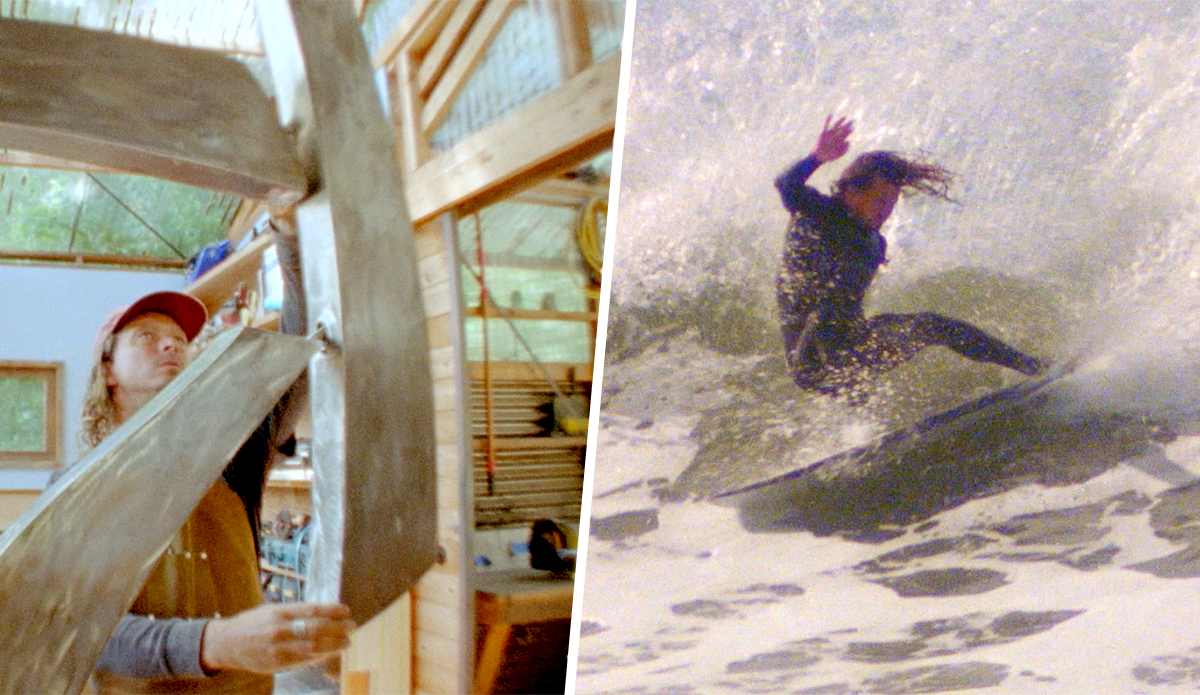