Even though San Diego’s theaters are closed this fall, many local companies are still producing shows through virtual means. We binge-watched several locally hosted and produced productions over the past two weeks and offer some mini-reviews for shows that are all now available for download.

San Diego Repertory Theatre has unveiled two autobiographical solo shows about legendary artists over the past two weeks. The Rep was a co-presenter of the livecast of “Hershey Felder as George Gershwin Alone” on Sept. 13, and it has just released a new filmed production of Herbert Siguenza’s “A Weekend with Picasso,” which premiered at the Rep in 2010 as a workshop production.

In May, Felder launched a global live-streaming company from his home in Florence, Italy, to present his composer-based plays with music. Performing the play from the stage of the empty 1650s-era Teatro Della Pergola in Florence, Felder’s “Gershwin” livecast — the third production in the series — was the most impressive show yet.

The production values of the video, lighting and sound were cinematic in quality and Felder’s comfort with the material — he has performed the role more than 3,000 times — made for a flawless and spellbinding 100 minutes.

Felder has done the Gershwin show in San Diego several times, but in this performance there was a timely new and darker emphasis on the anti-Semitism that the composer faced when he challenged the White establishment of the classical music world with his opera “Porgy and Bess.” Felder also didn’t shy away from the question of whether Gershwin paid homage to or appropriated the Black music forms of gospel and jazz for his own music.

As alone in the theater as Gershwin was in life, Felder looks directly into the camera, addressing the unseen audience, which creates a quiet conversational intimacy missing from many of other shows now streaming. It’s available for streaming through Oct. 31 at hersheyfelder.net.

Siguenza has also performed his solo play several times for San Diego audiences, but the new filmed version of the play adds a new dimension and authenticity to the show. Although best known for his work with the Chicano theater troupe Culture Clash, Siguenza is a trained artist.

One of the most dynamic parts of past productions was watching Siguenza’s tightrope walk of performing the show while painting several Picasso-like canvases during the 75-minute show. He does the same feat on film, but it’s not quite as visceral an experience. Co-directed by Todd Salovey and Tim Powell, the film has a rich look with a hyper-realistic set and some exterior shots filmed at a local rustic-style home.

On the plus side, Siguenza’s Picasso performance on film is more natural and subtle, and the close-up camera angles of his paints, food and studio make the audience feel like they are the art students Picasso is addressing in the play.

Set in France in 1957, the play finds the 76-year-old Spanish artist rushing to finish a large commission of six paintings and three painted vases in three days as he tells stories about his passions, paintings, politics, philosophy, food and sex.

It’s a warts-and-all story that doesn’t paint over Picasso’s misogyny or his unashamed penchant for exploiting his fame for profit. It’s streaming through Oct. 14 at sdrep.org.

It’s a coincidence that North Coast Repertory Theatre and Moxie Theatre released filmed stage plays this month about two characters, one Black and one White, arguing over the issues of slavery, civil rights and prejudice. But the fact that these plays are set more than 150 years apart shows how little the needle has moved in this country in addressing the issue of racism against Black Americans.

Moxie’s “The Niceties” is a contemporary drama set on the campus of a progressive American college on the eve of the Trump presidency in 2016.

Directed by Delicia Turner Sonnenberg, the Eleanor Burgess play is a face-off between a White female American history professor (played by Mouchette van Helsdingen) and her Black student (Deja Fields), who is angry that her teacher refuses to accept non-White narratives on how slavery impacted the founding of the United States in 1776. As the gloves come off the teacher’s disgust for millennials and racial activism surfaces and the student’s burn-it-all-down impatience ignites.

As a viewer, I found my loyalties shifting back and forth between the women, but the professor’s blatant biases and selfishness are hard to ignore. Unfortunately, both women end up the losers in this battle of words and wits. It’s a smart, fast-moving and entertaining firecracker of a play. It’s streaming until Oct. 4 at moxietheatre.com.

Like “The Niceties,” North Coast Rep’s “Necessary Sacrifices” involves a Black character frustrated by the agonizingly slow pace of civil rights for Black Americans and a White character who mistakenly believes himself or herself to be a progressive.

In this case, the argument is between abolitionist Frederick Douglass and President Abraham Lincoln during the Civil War in 1863 and 1864. Douglass pressures Lincoln to improve pay and protection for emancipated slaves in the Union Army and worries about their post-war future, while Lincoln urges patience and prudence.

Written by Richard Hellesen and directed by Peter Ellenstein, the play is catnip for history buffs, but it’s not quite as gripping theatrically as “The Niceties.” It bogs down a bit in the middle with discussions about politic factions. The play has a first-rate cast with a folksy Ray Chambers as Lincoln and a fiery Hawthorne James as Douglass and the design team deserve great credit for re-creating these historic figures so credibly. It streams through Oct. 11 at northcoastrep.org.

La Jolla Playhouse has been rolling out digital entertainment all summer as part of its all-digital 2020 Without Walls Festival. The two latest entries push the boundaries of theater with a hand-assembled film portal and vivid puppetry.

The most ambitious show of the WOW season has been Optika Moderna’s “Portaleza,” an interactive film experience created by San Diego immersive theater designer David Israel Reynoso. Reynoso sends each ticket-buyer a package in the mail that includes a kaleidoscopic viewing device that the audience member puts together along with other items the viewer uses to communicate with a loved one who has passed away. The centerpiece of the show is a 20-minute visually stunning film that is so eye-popping and hypnotic when viewed on a cellphone through the reflective portal that I was compelled to watch it three times. To say too much about the the interactivity of the show would spoil the surprise, but it’s well worth the $20 ticket price. It’s streaming through Oct. 31 at lajollaplayhouse.org/portaleza.

Bridget Rountree and Iain Gunn, the co-founders of San Diego’s contemporary puppet company Animal Cracker Conspiracy, are the creative minds behind “The Society of Wonder,” a free six-part series of short films being produced for the WOW fest.

The design and mastery of the puppets is intricate, clever and amusing and the story, at least what has been revealed so far in the first two episodes, is interesting and fun to watch. While smaller children will appreciate the graphic design and humor of the show, they will have a hard time following the more grown-up plot.

The story involves five characters who unknowingly become involved in solving a mystery of why chickens have disappeared from a world controlled by the monopolistic technocracy Xebos Corp. There’s a skateboarding Kid, his environmentally conscious brother Punk, a dancing judge, a grumpy Commodore and a female Double Agent. They’re brought together by a Cyborg, who hopes to revitalize an idealistic society of artists and thinkers who went underground many years before. New episodes are released weekly at lajollaplayhouse.org/wow-goes-digital/society-of-wonder/.

Mon Sep 28 , 2020
People who revitalize historic buildings are being honored by the preservation organization Restore Oregon for the impact their improvements have made on their communities. Recipients of the coveted 2020 DeMuro Award for Excellence in Historic Preservation demonstrated how restoring and updating architectural and cultural sites can create housing that is […] 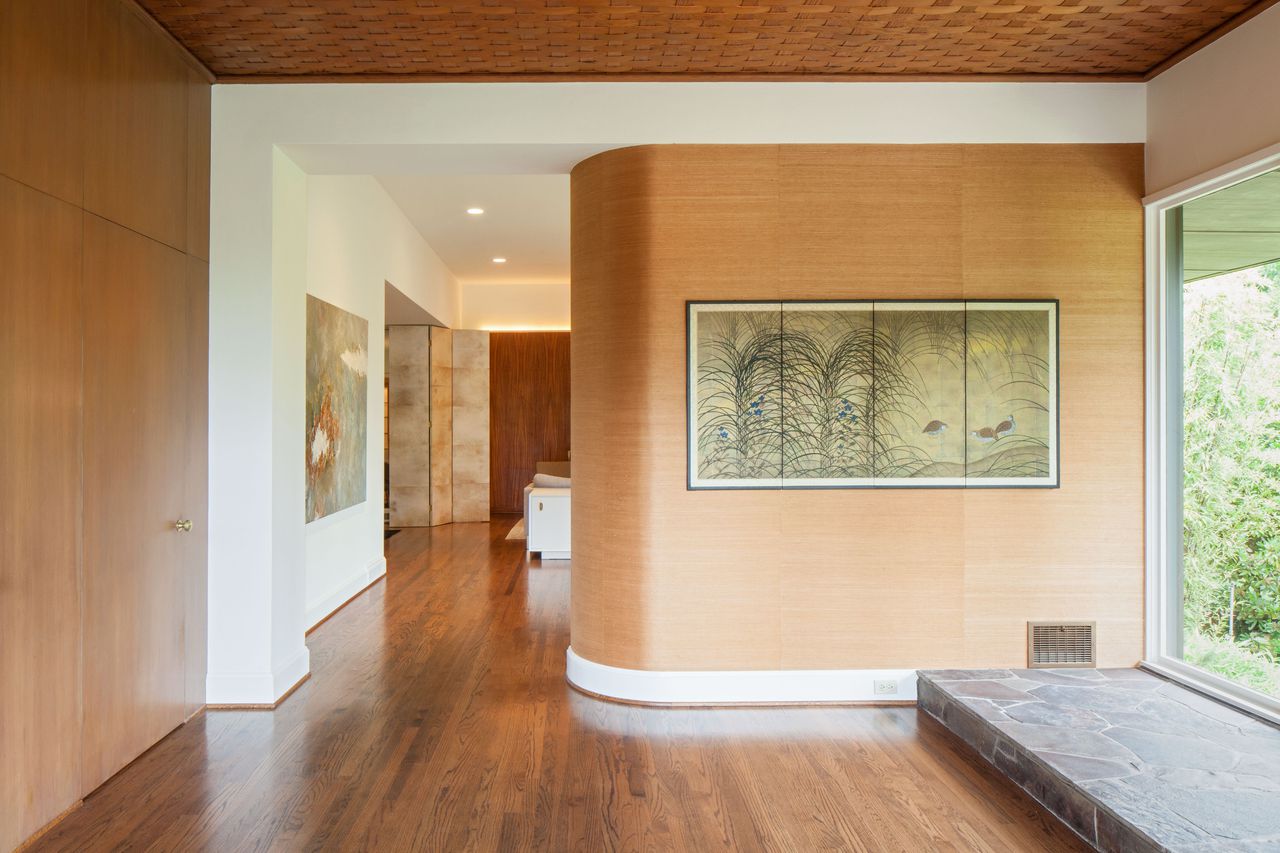