Marty Fugate, Correspondent  |  Sarasota Herald-Tribune ‘Harmony Hammond: Material Witness, Five Decades of Art’ On exhibit through Nov. 15, Sarasota Art Museum of Ringling College, 1001 S. Tamiami Trail, Sarasota; sarasotaartmuseum.org. The art game has many rules. Great artists like to break them. But to do that, you have to […]

The art game has many rules. Great artists like to break them. But to do that, you have to know what they are. That’s not so easy. Some of the unspoken rules are so deeply ingrained, artists and critics alike forget they exist.

Until an artist like Harmony Hammond comes along. “Harmony Hammond: Material floWitness” makes a case for her impact at Sarasota Art Museum of Ringling College, which has reopened after seven months. This retrospective originated at the Aldrich Contemporary Art Museum in Ridgefield, Connecticut, and was curated by Amy Smith-Stewart.

So who is Harmony Hammond? Until I saw this exhibit, the greatest artist I’d never heard of. Now I know better.

This pioneering artist hit her stride in the 1970s. A chapter of artistic history that encouraged outlaws and rule-breakers, within certain tacit taboos. Different art movements flowed together like mighty rivers: Minimalism, Process Art and Feminist Art, to name a few. With the obvious exception of card-carrying feminists, male artists dominated most of these schools. (A very important unspoken rule.) That was especially true in the arena of abstract sculpture.

Back in the 1970s, the presuppositions were clear. The unspoken rules were chiseled in the minds of artists and art critics alike. Why say them out loud? It was pointless – and just plain rude. Everybody knew.

Abstract sculpture should be as sleek as an Ikea coffee table. The predominant aesthetic was severe, industrial, inorganic, mechanical, geometric, clean and sterile. Materials like steel, stone and glass. Abstract forms that Plato would love. (That’s what abstract sculpture means, isn’t it?) Shapes and masses of a mental realm, not the messy, dirty earth. Forms as pure as a mechanical drawing on a graph chart. No stories, nothing personal or touchy-feely. (That’s what scrapbooks are for.) Nothing of this world.

This art was eternal and indestructible, outside the bonds of time and space. The master builders who created this mighty sculpture were mostly men, it goes without saying. Tough guys, with high standards. Macho men, gays included. Uncompromising, unrelenting, and unsentimental. If Howard Roark was a sculptor, he’d be one of them.

Those were the unspoken rules. Harmony Hammond broke all of them with her defiant abstract sculpture.

Hammond is a woman. On top of that, she is a lesbian, proudly out of the closet. In the 1970s, that was usually a career-killer. But Hammond took it one step further. She wasn’t merely a “lesbian artist.” She was a self-proclaimed creator of lesbian art. An abstract sculptor, specifically. But not confined to a purely mental realm.

As to Platonic purity, forget it. Hammond smeared one assemblage with calligraphy drawn in her own menstrual blood. That wasn’t trendy either. Most defiantly of all, her art was clearly not eternal. Rust never sleeps. Hammond didn’t try to hide it.

“Presences” recreates Hammond’s 1973 installation. At first glance, it looks like a freeze-frame from “The Handmaid’s Tale.” Six effigies hang from the ceiling. Vaguely female forms, spiraled together from strips of recycled cloth, dyed and painted with a bloody aspect. Each is suspended by a coat hanger, not a noose. But hints of loss and execution remain. Hammond’s “Presences” refer to absences. These women aren’t here anymore.

“Sieve” (1999) is an irregular metal square peppered with holes. It’s a grid, but not Cartesian. More like a road sign after a shotgun blast. (I’m told that’s a common sight in New Mexico, Hammond’s home state.) It’s all about entropy. Nothing lasts forever, art included.

Hammond’s “Floorpieces” (1974) occupy one gallery like an army of psychedelic flying saucers. Five circular rugs, braided from fabric, and painted with screaming acrylic colors. Across the room, the rugs look like slick Pop Art mandalas. Up close, they’re rough and rugged. They’re made from recycled fabric, a polite way of saying Hammond did some dumpster-diving in Soho. These “Floorpieces” reference an indigenous art form, as well as a coarse, insulting slang term for “lesbian.”

That impolite implication is a perfect distillation of her style. Hammond’s anger colors her work. The male power structure is her main target. But she also has a wicked sense of humor.

Hammond’s “Wrapped Sculptures” aims a sly in-joke at the art crowd. Geometric forms like “Dogon” (1978) echo the minimalist sculptures of Donald Judd and other tough guys. No tribute. More like a minimalist mockery. The pieces are cartoonish, swollen and puffy. Hammond shrouded the shapes in glitter cloth, gesso, paint, latex rubber and faux pearls. Why? The artist spells it out. “To feminize and mess with the ‘serious minimal’ (male) sculptural forms.” That’s why.

“Inappropriate Longings” (1992) is a triptych of three abstract collages slapped together from fragments of old linoleum floors from abandoned farmhouses. It hangs on the wall. Directly in front of it, there’s a galvanized, steel horse trough filled with dead leaves instead of water. It’s a narrative of loss and longing. You imagine the tough women who lived in these farmhouses. The heroines of Dorothea Lange’s photos and Neil Young’s songs. All the stories they could tell, before agribusiness erased their world.

Those are just a few highlights. This retrospective is dense with objects and images from Hammond’s rule-breaking, game-changing, five-decade career. You can also see a lovingly curated display of her publications and mementos, and a long, lucid timeline of her history – spread out to allow for social distancing.

This retrospective is a great introduction to Harmony Hammond. If you’re already familiar with her life and work, it will still surprise you.

I highly recommend it. And online viewing isn’t your only option now that the museum has opened to the public for the first time since the coronavirus pandemic shut it down in March. Attendance is limited for social distancing. While Hammond’s work was made available online, you can now see it in person. It’s the only way to see it.

While you’re here, check out “Color. Theory. & (b/w)” and “The Memory Project.” If you’re hungry, pop into the new Bistro. It’s got great food and a cool mural by Jose Alvarez. The tribute to Michael Thonet’s No. 14 Chair (1859) includes photographs, a timeline and actual chairs to sit on. 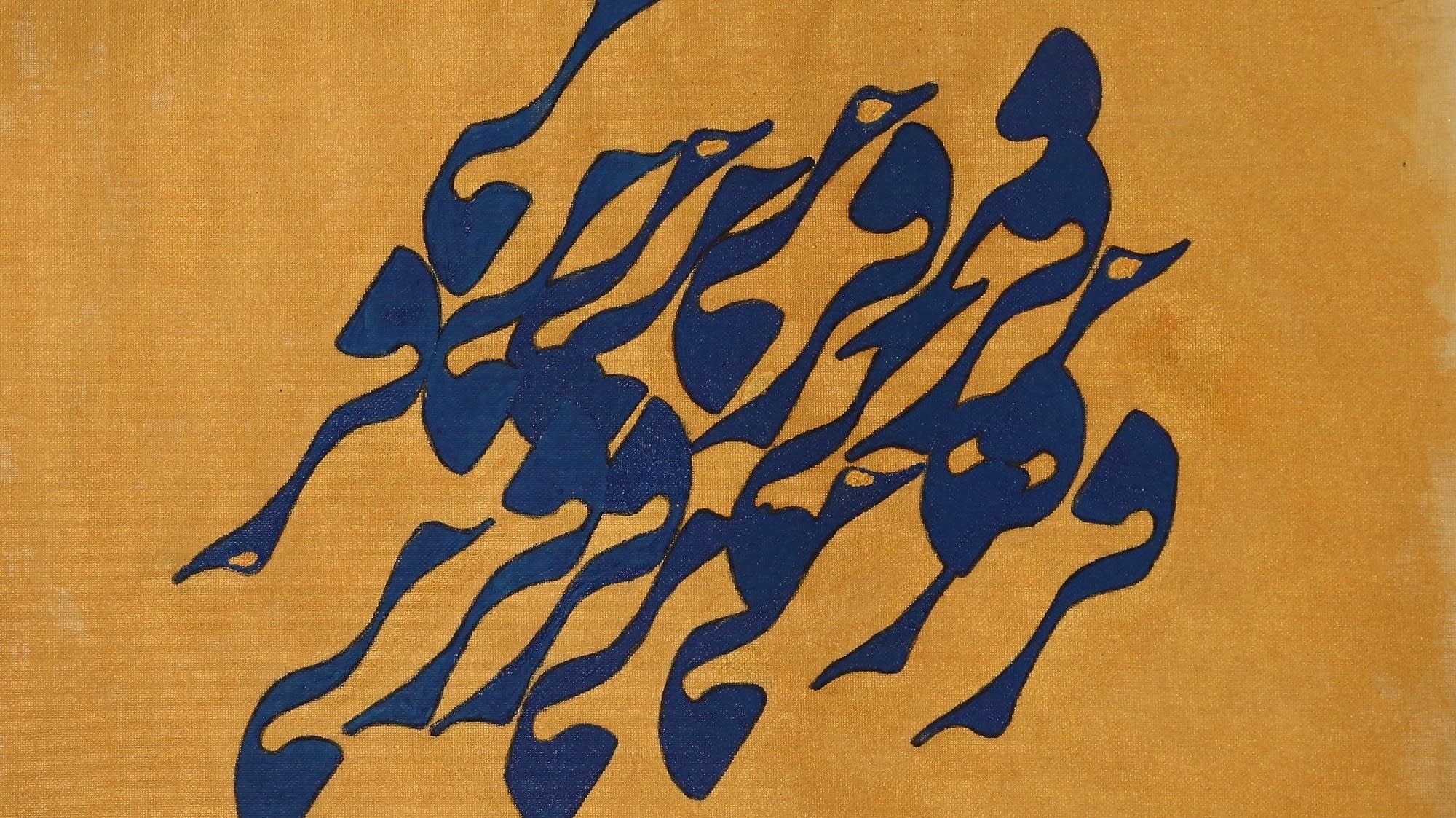