The multimedia collective teamLab will launch a new digital art museum in Jeddah, Saudi Arabia, by 2023 called teamLab Borderless Jeddah. The Tokyo-based technology group, known for producing crowdpleasing immersive experiences awash with virtual waterfalls and flowers, has entered into a ten-year agreement with the Saudi Ministry of Culture to develop works for the planned museum.

The Jeddah venue is the latest addition to teamLab’s expanding empire which consists of interactive spaces in Tokyo, Shanghai and most recently, Macao. “The collective team of artists, creatives, architects, programmers, CG animators, and more, will create teamLab Borderless Jeddah along the same creative concept of the teamLab Borderless museums in Tokyo and Shanghai, using the latest technology to form one borderless world,” says a statement from the Saudi culture ministry.

A teamLab spokeswoman tells The Art Newspaper: “teamLab Borderless is a group of artworks that form one borderless world. Some of the works will explore creative physical spaces and collaborative creativity, to help inspire the next generation of creatives. We continue to expand this idea of teamLab Borderless.”

According to the Saudi Gazette, the teamLab project could also establish a venue in Riyadh. “The ministry plans to transfer this experience to Riyadh at a later period to give more space to the public wishing to attend the event,” the newspaper says. At the time of writing, the culture ministry had not responded to a request for comment about the cost of the new museum; teamLab, which is co-represented by Pace gallery, also declined to comment on the programme at the proposed Saudi space.

teamLab Borderless Jeddah is part of a drive to promote the cultural credentials of Saudi Arabia, helping to diversify the economy and deliver a more “open” image of the country, in line with the government’s Vision 2030 plan. The new museum follows other cultural ventures such as the Desert X sculpture exhibition which opened in the AlUla region in northwest Saudi Arabia earlier this year.

The move prompted the resignation of three members of Desert X’s board of directors; these included the art historian Yael Lipschutz who said that the project was “about striking a deal with a national government… that is completely undemocratic”. In June, the Saudi government also announced plans to launch a new contemporary art biennial at the historic Ad Diriyah city located on the outskirts of Riyadh.

Home of the Week: Art collector uses his Kensington Market loft to showcase his passion 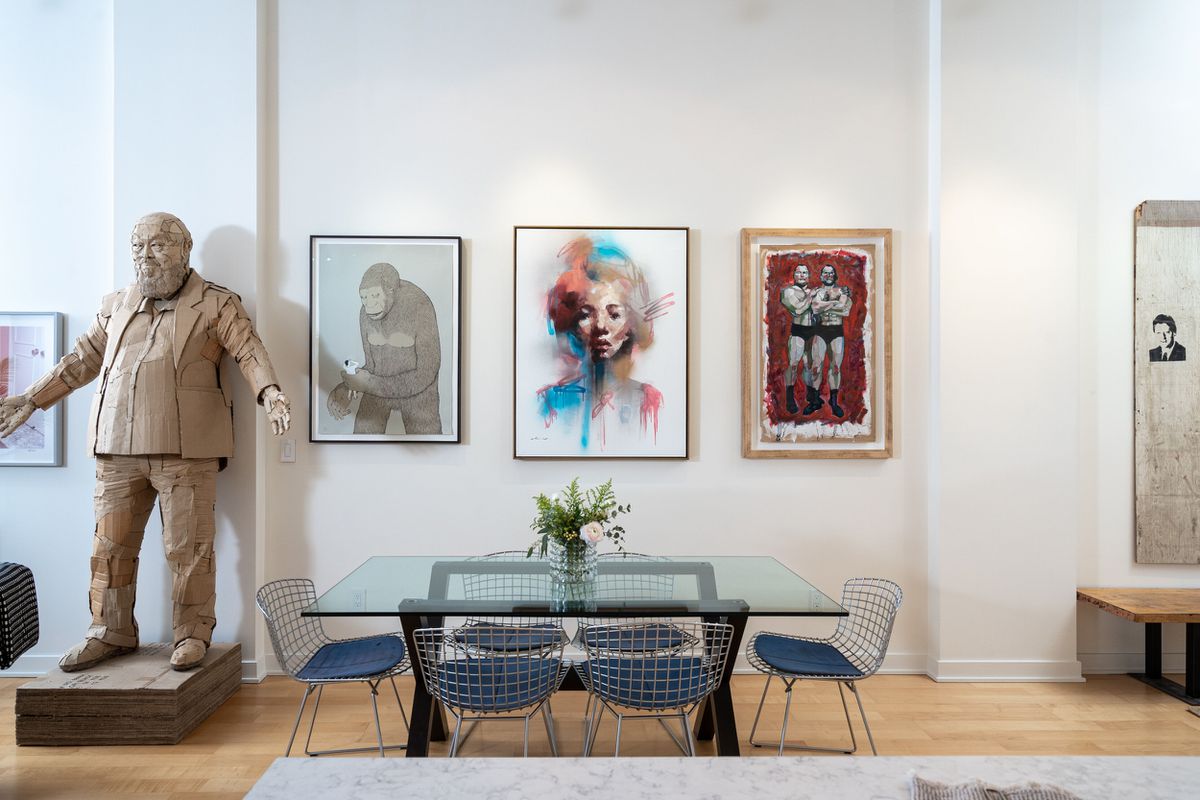