Objects from diverse museums’ collections of Sharjah Museums Authority (SMA) are on display at the Sharjah Punitive and Correctional Establishment as part of “Treasures of Sharjah Museums” exhibition. SMA links and oversees 16 museums across Sharjah emirate that cover widely varied fields, including Islamic art and culture, archaeology, heritage, science, […]

SMA links and oversees 16 museums across Sharjah emirate that cover widely varied fields, including Islamic art and culture, archaeology, heritage, science, marine life, as well as the history of Sharjah and the region.

Although the tie-up between SMA and Sharjah Police has been in existence from last two years, “Treasures of Sharjah Museums” is the first exhibition dedicated for inmates this year.

It showcases a number of unique objects including those from the collections of Sharjah Archeology Museum, Sharjah Heritage Museum, Sharjah Calligraphy Museum and Sharjah Museum of Islamic Civilization.

Items on display include a replica an ancient camel figurine, an incense burner, writing instruments including pens and papers, heritage costume and clothing, Arabian perfumes and cupping (Hejama) tools that were once used in holistic health therapy.

To help inmates fully understand the history of items on display, descriptions were made available in three languages — English, Arabic and Urdu.

Organized by SMA, the show, and several other online programs targeting female and male inmates, are aimed at contributing to the reform of offenders and helping them adapt to life eventually outside prison.

The move is part of the Authority’s social responsibility efforts focused at raising the importance of culture and education among all segments of the society, including inmates.

“Through this exhibition, we ensure the Authority continues to provide accessibility and offer opportunities for the inmates to learn and gain insight to knowledge, and see the wealth of history, arts and culture of the region, as studies have shown that exposure to art and involvement in hands-on activities, help in the overall wellbeing and rehabilitation,” said Manal Ataya, Director General of SMA.

“I truly believe that our programs, exhibition and workshops we have offered inmates over the last two years help inmates build confidence and skills needed in their transition to a healthier, more independent life once released,” she said.

Ataya added that this show comes to strengthen an existing partnership between SMA and Sharjah police following the signing of a Memorandum of Understanding in 2018 aimed at enhancing the integration of inmates into the society, by offering them opportunities to gain new experiences and knowledge needed for their rehabilitation.

Fri Sep 25 , 2020
Abigail has the most punishable Critical Art in Street Fighter 5: Champion Edition. At a whopping -95 on block, players are capable of doing a whole lot before he is recovered and able to block again. […] 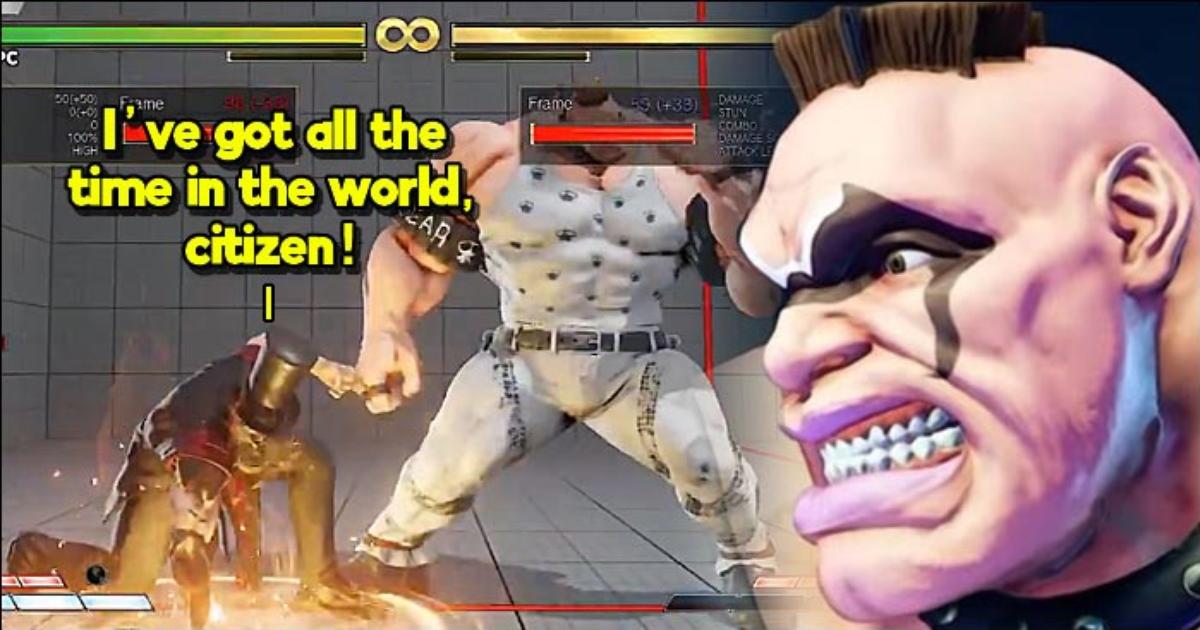