The first conversation, “Controversial Arts and Their Effect on Society,” will take place Thursday, October 15 at 7:30 p.m. online. The South Orange Performing Arts Center in partnership with SouthNEXT is proud to announce a Five-Part series of virtual conversations called Evolution vs. Revolution centered on challenges our society is […]

The first conversation, “Controversial Arts and Their Effect on Society,” will take place Thursday, October 15 at 7:30 p.m. online.

The South Orange Performing Arts Center in partnership with SouthNEXT is proud to announce a Five-Part series of virtual conversations called Evolution vs. Revolution centered on challenges our society is facing that are causing unrest throughout the country. The first conversation, “Controversial Arts and Their Effect on Society,” will take place Thursday, October 15 at 7:30 p.m. online. Audience are requested to register for the free event at https://www.sopacnow.org/events/evolution-vs-revolution-10-15/ to receive a ticket link.

Come see and hear an expert panel engage in conversation as we look at societal change through the lens of Arts and Performers. Representatives from arts and entertainment fields will come together to discuss their views on controversial art designed to effect change. Theater, Sports, Visual Art, Music, Spoken Word, Video and more will be discussed in the upcoming October 15 event.

Barbara Heisler (CEO, Glass Roots), Anthony Smith (Music and Event Producer), Bobby Brown (Attorney and former Professional Football player), and Angela Kariotis (Seton Hall Professor and performance artist and leader) will be on hand for what promises to be a lively conversation. Stephen Schnall, the founder and producer of SouthNEXT for the past 6 years, will moderate.

The Evolution vs. Revolution conversations have an overarching theme of societal change and how quickly, or slowly, it is ushered in by the needs and desires of groups of people with a specific affinity. When we look at the history of societal change it seems to evolve at a slow pace, until it doesn’t. Does it take a revolution to spark the birth of the new consensus or should we expect change to evolve over an extended period? What is possible? What is probable? What are the repercussions?

Join us for a series of dynamic panel discussions that investigate evolution vs. revolution in diverse areas of our modern life, including global climate change, identity politics, racial concerns in our schools, and equitable wealth distribution and the job market.

Perspectives from various viewpoints is the hallmark of the series, and panelists will grapple with provocative questions about the multi-faceted issues we face as Americans and how change will impact us all in some way. Subsequent conversations will be held monthly November-February and will be announced in upcoming weeks.

Barbara Heisler has served as Executive Director of Glass Roots since 2014 and as CEO since 2017. After implementing program innovations, in 2019-20 Barbara led GlassRoots’ ambitious expansion and capital campaign as the organization moves to its new 25,000 sf home in Newark later in this year. Barbara’s professional background includes more than 30 years of experience in non-profit, education and government management.

Braynard “Bobby” Brown is a former NFL player with relationships across several professional sports organizations and Wall Street firms. After playing in the NFL, Bobby returned to Notre Dame to obtain his law degree. While there, he became the president of the Black Law Students Association. Bobby obtained his MBA from Yale in 2011. At the Yale School of Management, he served as the Co-Chair of the Black Business Alliance and Co-Captain of the Debate Team. Since 2012, Bobby has taught sports and entertainment related college courses in his spare time as an adjunct professor at both Montclair State University and Mercy College. In 2017, he was awarded the highly coveted Adjunct Professor of the Year award at Montclair State University.

Angela Kariotis has brought her unique performance style across America and beyond to venues such as The University of California- Los Angeles, Contact Theater in Manchester, UK, Legion Arts in Iowa, the Off-Center in Austin, TX, the New Jersey Performing Arts Center, and the Hip Hop Theater Festival in New York City. Angela couples her masterful performances with cutting-edge residency work. Kariotis is committed to anti-racist pedagogy, literacy through the arts, theater for social justice, and art-making as a liberating practice. Currently, she teaches in the communication program at Seton Hall University.

Steve Schnall is the founder and producer of SouthNEXT. This annual event brings innovative Arts, Ideas and Music programming to the Village of South Orange. Its focus on “Creative Collisions” offers artistic activities showcasing multiple productive perspectives to the diverse Community. Schnall is a Certified Compliance and Ethics Professional and is the winner of several prestigious business awards. His current interest is the interaction of humanity with Technology and Artificial Intelligence that will potentially allow a more productive and meaningful life.

Sun Oct 11 , 2020
We spoke to the founders of these virtual platforms to understand the why and how of it: Making art more democratic and accessible are needs that precede the pandemic and while online exhibitions and interactive gallery websites have helped push that agenda, a few virtual platforms have come forward to […] 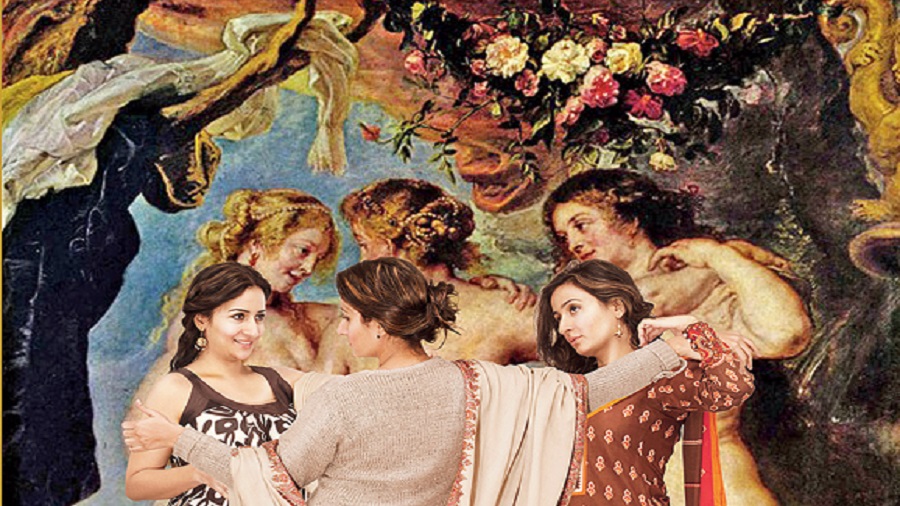