(JTA) — For his latest installation, dancer and choreographer Adam McKinney drew inspiration from what may seem like disparate sources: the Jewish holiday of Sukkot, the coronavirus pandemic and the 1921 lynching of a Black man in Texas. “Shelter in Place” consists of a “deconstructed sukkah,” tree branches hanging from […]

(JTA) — For his latest installation, dancer and choreographer Adam McKinney drew inspiration from what may seem like disparate sources: the Jewish holiday of Sukkot, the coronavirus pandemic and the 1921 lynching of a Black man in Texas.

“Shelter in Place” consists of a “deconstructed sukkah,” tree branches hanging from the ceiling and elements making up the schach, a see-through material put on top of the sukkah, at the floor.

On white walls in the sukkah are projected images of tintype photographs in which McKinney is posing as Fred Rouse, a Black butcher who was lynched in Fort Worth and of whom no pictures have been located. A film of McKinney portraying Rouse is also projected, as well as a Thomas Edison film from 1897 of a young Black boy dancing in front of a group of white men.

The last element of the installation, titled “Glorious Clouds,” contains a hologram of McKinney performing a dance inspired by the clouds that God sent to guide the Israelites when they left Egypt.

The various parts are connected in many ways that may not seem apparent at first glance. The hanging branches from the deconstructed sukkah are reminiscent of lynchings, where Black and sometimes Jewish bodies could be found hanging from trees. The clouds for McKinney represent comfort and healing, which he views as necessary for dealing with longstanding racial trauma in the United States. And the idea of a sukkah as a dwelling place also takes on a new meaning during the pandemic, where most people are staying at home.

“My goal with ‘Shelter in Place’ is to not only look at the effect of COVID-19 around isolation, around shelter and having to shelter in place, but it is also to explicitly look at the impact of anti-Black racist violence and to respond as a Black Jewish person,” said McKinney, who serves as co-director and co-founder of the arts organization DNAWorks and assistant professor of dance at Texas Christian University.

The exhibit is part of a new project called “Dwelling in a Time of Plagues” that is finding ways for Jewish museums to display art even while they are closed due to the coronavirus pandemic. McKinney’s work will be housed inside the Oregon Jewish Museum and Center for Holocaust Education in Portland starting Friday and be viewable through its windows.

The Jewish History Museum in Tucson is showing art by Buenos Aires-based multidisciplinary artist Mirta Kupferminc and the Holocaust Museum in Los Angeles is hosting an installation by Bay Area visual artist and filmmaker Tiffany Woolf. Both installations will be shown outside the museums at the start of Sukkot. Photos and videos from all three installations also will be displayed in the ground-floor windows of the 14th Street Y in New York.

“Projects such as ‘Dwelling’ create new configurations of talent, and as we look at the constrictions of the pandemic and the economy and safety, how will we use the creative assets of the Jewish community in new configurations?” asked Melissa Martens Yaverbaum, executive director of the Council of American Jewish Museums, which collaborated on the project alongside Reboot, Asylum Arts and Laba: A Laboratory for Jewish Culture.

“I think we’ve all been producing content for decades to serve the community and the public, and it’s time to think about new ways of leveraging the voices, leveraging the talent and to look at the holidays as an opportunity.”

A second round of the project, which is being funded by Canvas, an initiative of the Jewish Funders Network that seeks to elevate Jewish arts and culture, will see installations at Jewish museums during Passover.

“We’ve seen that the pandemic has had a profound impact on everyone obviously, but the arts community has suffered in a very, very deep way economically,” Canvas founder Lou Cove said. “The creative Jewish economy is struggling … and we really wanted to find a way to help as many artists and creatives as we could in this moment, recognizing that they are helping us so much to weather this pandemic. Artists and creatives are the ones who are distracting us, they’re helping us process the pandemic, they’re making us laugh.”

All the works grapple with the reality of the pandemic along with a number of other pressing issues, including institutional racism and ageism, forced isolation, global warming, and the crisis for migrants and refugees. 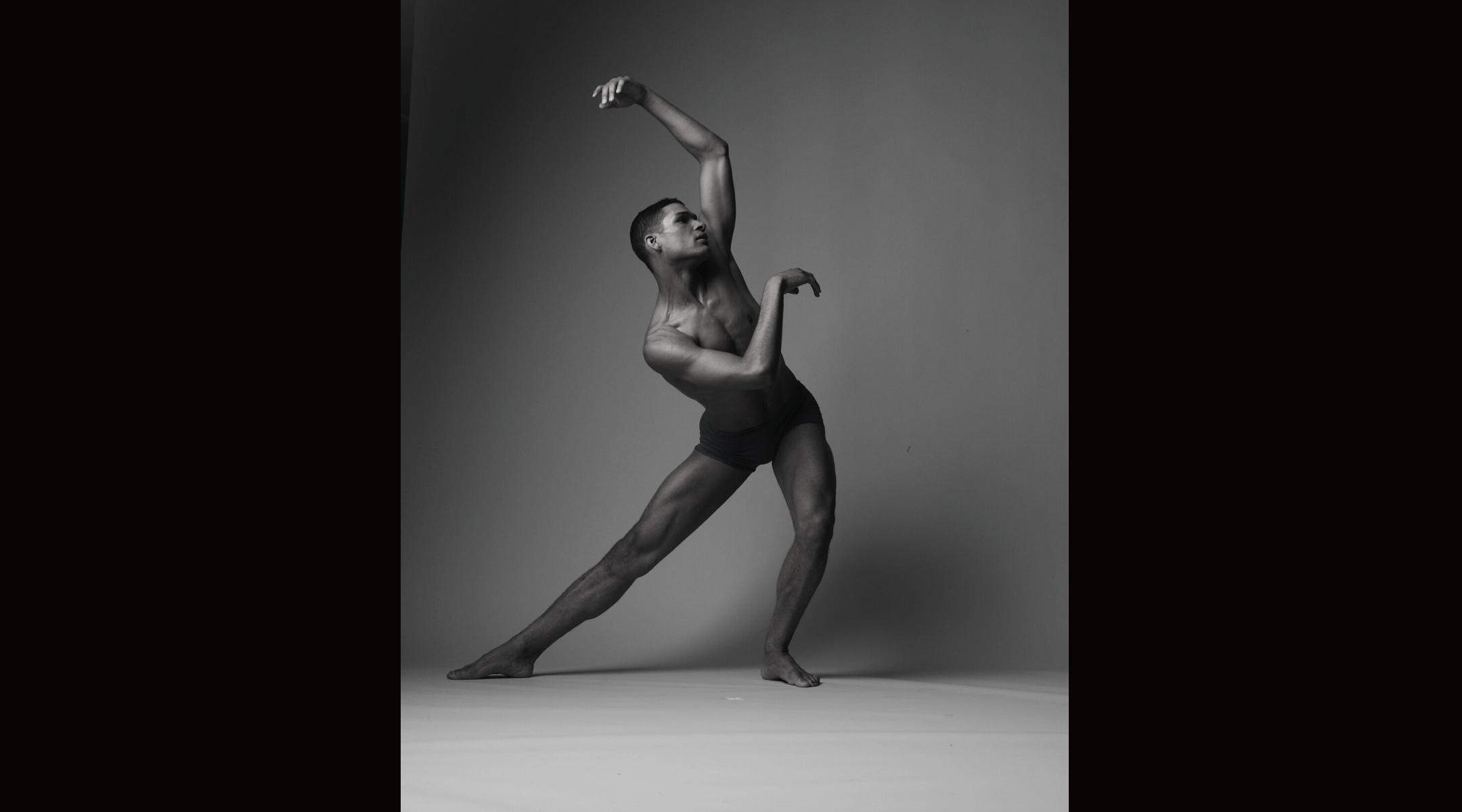 McKinney draws inspiration in his work from his Jewish, Black and Native American ancestry. (Andrew Eccles)

For McKinney, who worked on the installation with his theater director husband Daniel Banks, the project provided a way to draw on the various parts of his identity in order to engage a diverse group of people. McKinney grew up in a Jewish family in Milwaukee, the son of a mother with roots in Eastern Europe and a father with African-American and Native American ancestry.

It also allowed McKinney to break barriers — he’s the first Jew of color to show his art at the Oregon Jewish Museum.

“The opportunity to show the work of a Jew of color is particularly at this fraught moment, where Portland is the center of the Black Lives Matter protest movement, it’s actually quite an honor to be able to show his work and to see how as a Jew of color he navigates both Jewish tradition and his Blackness,” said the museum’s director, Judy Margles.

Due to the pandemic, McKinney had to create the entire installation from his home in Texas. That meant many Zoom calls and sharing architectural drawings of the museum’s layout, so he could make sure the work fit the space.

Leon Sternberg and his art

Thu Oct 1 , 2020
It caught my eye and I couldn’t stop staring; that picture hanging in that nice art gallery in the heart of Jerusalem was too pretty to just walk by. I whispered to my husband, “We must go in.” I stood a few feet away staring at it from a short […]