Since COVID-19 stopped local live performances in March, musicians, actors and dancers have found themselves in dire straits. Being sympathetic to their situations, Jobsite Theater, the resident theater company of the David A. Straz Jr. Center for the Performing Arts, created their Jobsite Digital Shorts series as a way to […]

Since COVID-19 stopped local live performances in March, musicians, actors and dancers have found themselves in dire straits.

Being sympathetic to their situations, Jobsite Theater, the resident theater company of the David A. Straz Jr. Center for the Performing Arts, created their Jobsite Digital Shorts series as a way to guarantee income and a creative outlet for regional performers.

David Jenkins, artistic director of Jobsite Theater, said the idea for the series was born out of an urgency to support those performers. The company did some polling of their audience and found that there didn’t appear to be a big appetite for the pay-what you-can, Zoom-style performances they had tried early in the pandemic.

The theater has been closed, so it couldn’t offer a performance space for people to record in. So Jenkins came up with the idea for the company to act as producers and pay people to create their own digital content at home.

“We’re really nimble when it comes to finance,” he said. “If we’re not producing, we’re not spending and we don’t have other bills. So many of my people are broke, so I thought, how can I create work for them?”

He looked at his budget, and with the board’s approval, committed $15,000 for payroll and resources. A call to artists was launched over the summer. Many of the works are collaborations between artists from a wide variety of disciplines and ones that weren’t affiliated with the theater before. The shorts range from five to 30 minutes.

Jenkins said he took into account how long each one took to produce and how many people were involved. He wanted to be able to pay each person at least $15 to $20 per hour.

Instead of the pay-what-you-can or tip jar model that seemed ineffective, the performances can be rented for $1.99 or purchased for $4.99 and artists will keep 100 percent of the proceeds. They are streamed on Vimeo and can be watched in supported browsers on your computer, television, mobile phone or tablet. Visit jobsitetheater.org to find them.

Jenkins said the goal is to train people to value artists’ time and their work. He thinks that as the catalog builds, more people will purchase streams. He hopes to eventually move to a subscription-based model.

“I’m hopeful, but nothing is guaranteed,” he said. “I hope audiences will connect with artists that they haven’t experienced before.”

The series launched on Sept. 4 with Across the Stardust, a “magical musical mashup,” featuring artistic associate Colleen Cherry, music by Mark Warren and Jeremy Douglass and video by Kara Gold. It’s set across a backdrop of astrophotography designed by Naresh Singh and is described as a performance that “fans of the Fab Four and the Picasso of Pop will not want to miss.”

The shorts will be released biweekly throughout the fall. Here is what will be offered:

White Silence: A movement-based art piece set to silent film intertitles that explores the “deafening sound of white silence” and is a collaboration between Rebekah Lazaridis, Alexander Jones, Joey Clay and James Curran.

Sexo y Violencia: The Secret History of Tampa: A comedic series of short mockumentaries about the “real” history of Tampa, beginning with Teddy Roosevelt’s 1898 arrival to Tampa and his “induction to the monstrously sexy underground pagan Temple of Ybor City.”

Going for Golden: A combination music and instructional video that explores the songwriting process. Ensemble member Giselle Muise directed, and it was edited by Brynne Piesco.

Cripperella in Quarantine: A six-part series of comedic shorts written and performed by Katie Calahan about a modern fairy tale princess who is totally over the COVID-19 pandemic.

Doubt Raised a Voice That Sings: An aerial silk and dance performance featuring Katrina Stevenson, Kasondra Rose and Adriana Corso, with music by Jeremy Douglass, a song by Rose and the poetry of Emily Dickinson.

Tucker’s Travels: An eight-episode series that chronicles the travels of artistic associate Amy E. Gray through her dog Tucker’s eyes.

Deconstructed Dickens: A Very Jobsite Christmas Carol: A special series of readings and conversations for the holiday season curated by artistic associate Salem “Newt” Brophy, including a ghost story with readers including Paul Potenza, Ned Averill-Snell and Cornelio Aguilara.

Tampa Bay in the Margins: A free series curated by artistic associate Matthew Ray that features frank conversations with different artists from historically marginalized communities with ties to the Tampa Bay area every month.

Inhale, Exhale: How an Inhaler Became a Pop-Up Art Gallery

Sun Sep 27 , 2020
I would typically associate an inhaler with the words “asthma,” “health” or “medicine.” Rarely would I expect an inhaler to be seen as art. However, Emory students looking for some light-hearted humor and a way to meet their first-year colleagues were willing to cross these boundaries. We’ve seen the myriad […] 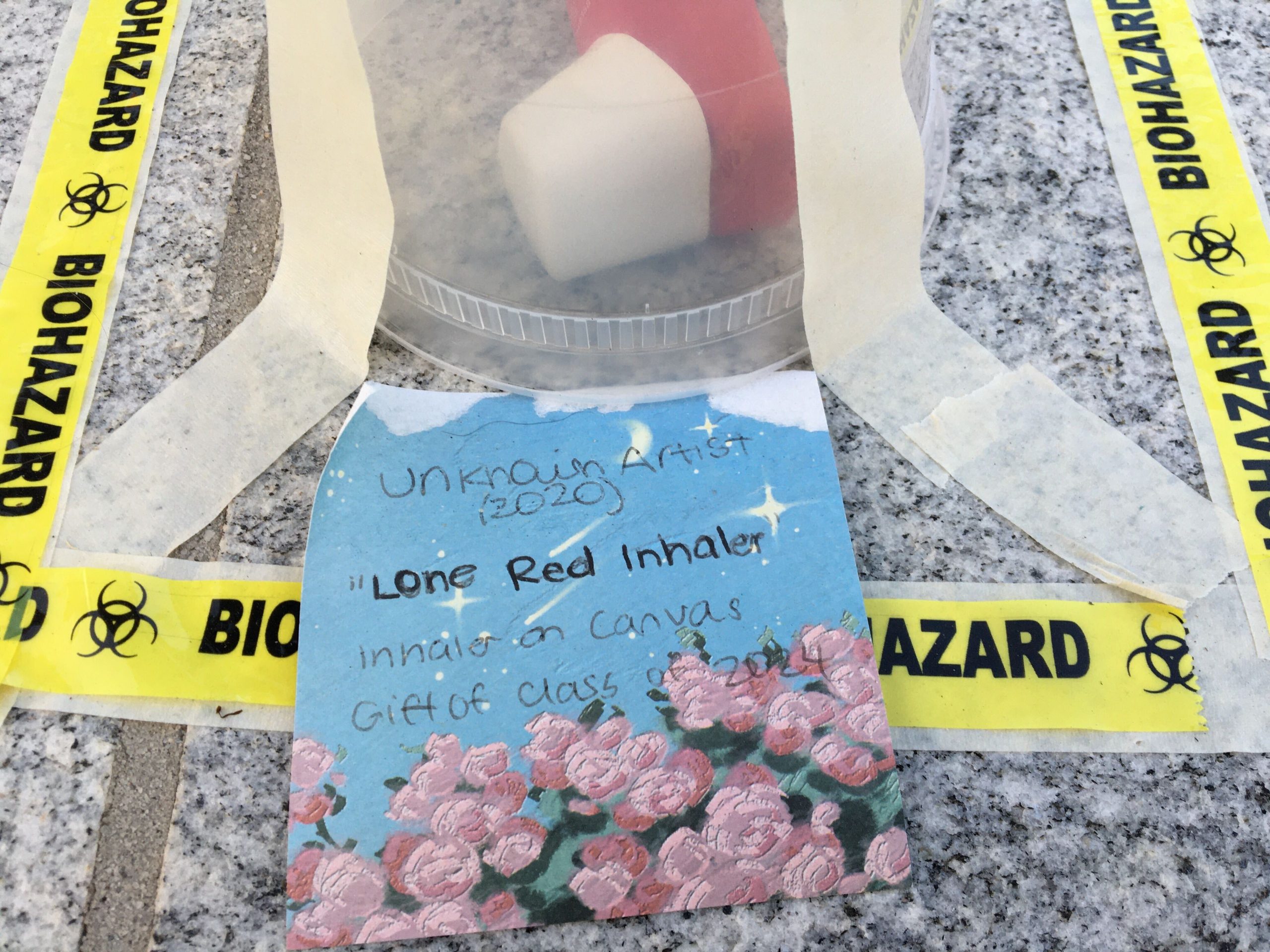