Whether you’re ready to mask up and head out to the galleries or prefer to check-in virtually, these 12 exhibitions have something for everybody 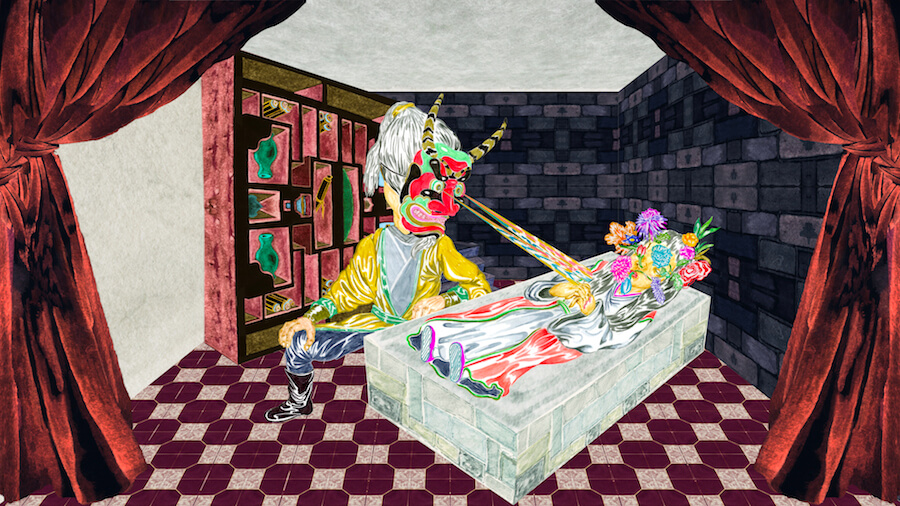 Art shows in Toronto look a bit different this fall. Wearing masks indoors is second nature to most of us by now, but because many local independent galleries are running on reduced hours or are only open for appointments, a casual Sunday drop-in isn’t so simple.

Many spring and summer openings were pushed back, meaning there is a lot to see in the city right now and it’s worth putting in the extra effort to call ahead. Whether you want to get out to see animation, large-scale sculptures, intricate drawings, video work, photography, paintings – or if you’d rather appreciate art from the comfort of your bed – it’s all happening.

Here are 12 art shows running in Toronto this fall:

It’s the fifth year of Canada’s major digital media award, the EDAA, and this year it’s virtual. Screenings are available by appointment at Trinity Square Video, but all the winners are also available to watch online. The award celebrates artists that work in animation, virtual reality, experimental video and more. The 2020 selections feature digital recreations of ancient monuments and natural wonders destroyed by human violence and apathy; works exploring safety and security in the digital age; and examinations of identity and connections to an inaccessible motherland.

Emerging artists and curators are at the forefront of finding new spaces to exhibit work during the pandemic. Allen’s photography show, curated by Emilie Croning and Jordan Arnold, at this unconventional gallery with a hidden bar in the back, is a prime example. In Colour Love, Allen’s use of contrasting primary colours as a backdrop for subjects at rest, in motion or engulfed in ecstasy, creates an ode to Black joy and autonomy. Viewings are by appointment only but most of the works can be viewed through the front window if you’re strolling in the Little Portugal neighbourhood.

Art Museum at the University of Toronto online, until October 16

Another major award gone virtual, the 18th annual BMO 1st Art! competition features an eclectic collection of video, animation, ceramic, textile, painting and installation works. The 13 winning artists from across the country are all recent post-secondary school grads. The Ontario winner, OCAD graduate Tian Cao’s video collage entitled 2020 Surfing The Internet, is indicative of the hyper-online existences people have come to adopt over the past six months. 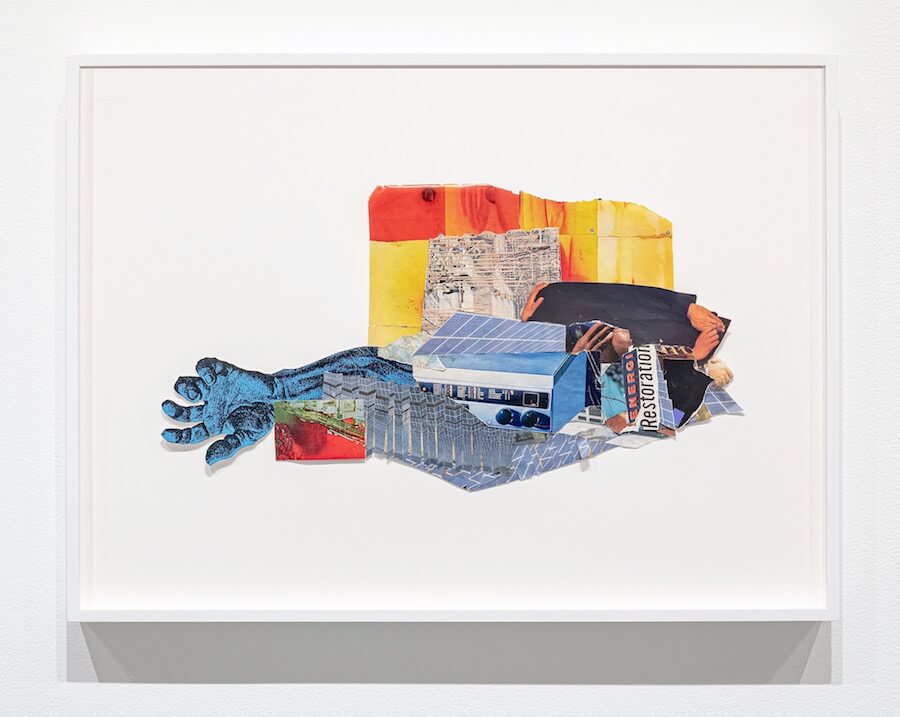 Courtesy of the artist and Zalucky Contemporary

Energy Restoration, a paper collage by Aaron Jones is on display at Zalucky Contemporary.

This solo exhibition of collages and sculptures from the Toronto-based multidisciplinary visual artist is part of the delayed Conctact Photo Festival, that was originally scheduled for May. Jones builds characters and figures, splicing found images from magazines, textbooks and anything he can get his hands on. Completely removed from their original contexts, these hybrid figures are placed in new environments of his own imagining. His work is largely centred around identity and building a sense of self outside anyone else’s gaze. The collages warrant careful inspection. Their layers tell you about Jones, but also about yourself, based on what you garner from them. 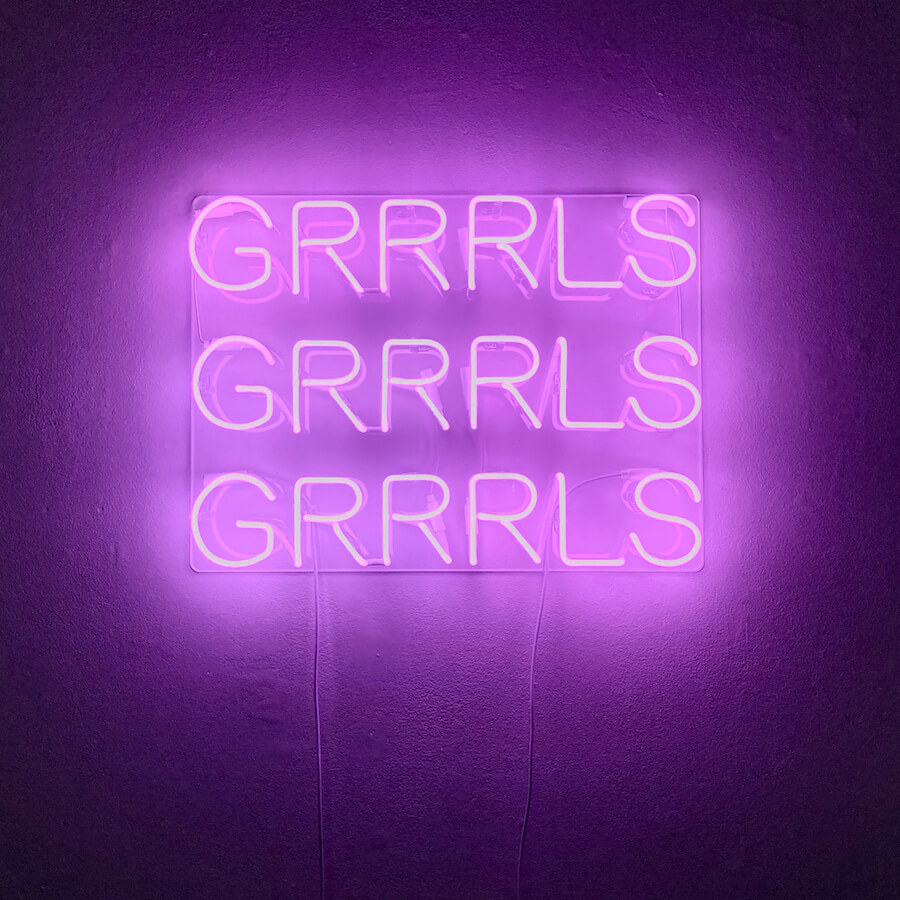 Invited To The Party, But Never Asked To Dance (Grrrls, Grrrls, Grrrls), purple coloured neon text by Pamila Matharu, is on display at Durham Art Gallery.

Pamila Matharu: What Haven’t We Learnt Yet, Still?

Following Matharu’s award-winning installation at artist-run centre A Space in 2019, What Haven’t We Learnt Yet, Still? posits that Canadian art history is still lacking. In that previous show (One of These Things Is Not Like the Other) she collected videos discarded by a major art institution, and discovered a 1993 panel discussion of prominent artists of colour. Through the over 40 works and collected objects in this new show, Matharu reconsiders the worldviews and perceptions of the past that people exhibit as settlers on this land. She is actively recording parts of our art history that have been omitted from a feminist, decolonial and counter-cultural vantage point. With installation work, collage, photography and collected objects she is building a new archive.

stem to where we grew stuck

Hearth is a relatively new art space run by a group of young, emerging artists. They split the rent, organize exhibitions and pay artists fees out of pocket. Their ethos is that the artist-run space should be treated like a library – accessible to anyone who needs it. The programming so far has been very tender, with intimate exhibitions taking over a small garage in Harbord Village. The space lends itself well to experimentation and collaboration, and beyond exhibiting shows it has become a makeshift community drop-in. The next exhibition, stem to where we grew stuck, sees artists Marvin Luvualu António, Nathan Ivanco, Paula McLean and Xuan Ye bring together print, video, sculpture and sound works that respond to the same source material in myriad ways. 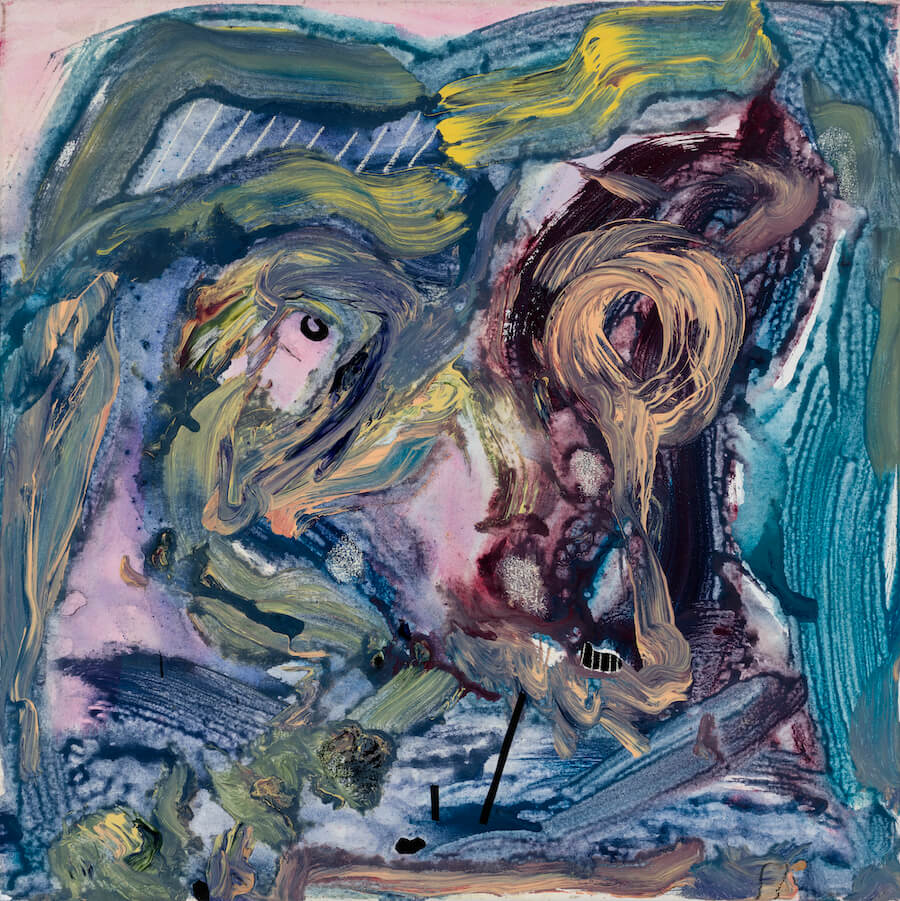 Manuel Mathieu’s Study On Sousou, acrylic, chalk, charcoal, and tape on canvas, goes on display at the Power Plant on September 26.

The first solo exhibition for Haitian-born, Montreal-based Mathieu is a collection of paintings, ceramics and drawings. The work is political but in an abstracted way. The artist’s source material is quite literal: the 1791 revolt of enslaved Haitians, the first revolt of its kind in history; the aftermath of the 2010 earthquake; dictatorships and foreign interference in the Haitian government. These themes manifest as twisted, figurative renditions of anguish – paintings that give a glimpse into the psyche of a population constantly striving for self-determination.

Howie Tsui: From swelling shadows, we draw our bows

Vancouver-based Tsui’s split upbringing in Hong Kong, Lagos, Nigeria and Thunder Bay, Ontario, informed an adolescence that he describes as “living between Chinese and colonial cultures.” His animation style borrows from both Chinese wuxia tradition and modern Western stylings. Wuxia is a form of illustration that emerged in mid-20th century China to represent resistance against oppressors. The exhibition contains algorithmic animations made from hundreds of hand painted ink drawings that bring the viewer into Tsui’s nightmarish version of Hong Kong, where torturous acts abound. Hidden within the detailed animations are glimmers of hope and survival.

Another show from the delayed Contact Festival, we mentioned this exhibition in January on our list of the most anticipated shows for 2020. Luckily, things panned out and this dialogue between the separate but not dissimilar practices of Bucak and Stewart can finally go on display. Both artists reflect on heritage and land, Indigeneity and political identity through photography and installation. Bucak’s work explores her Kurdish and Turkish identities, countries that are deeply impacted by borders and the limits they impose. Stewart is a member of the Upper Nicola Band of the Nselxcin First Nation in British Columbia, but currently resides in Berlin. Her work examines a contentious phenomenon in Germany where “Indianers” (white Germans) dress as Indigenous people.

Yang builds worlds and characters by repurposing household items like light bulbs, drapes, faux flowers or blinds into kitschy or geometric sculptures. This survey spans two decades of the South Korean artist’s career and marks her first North American retrospective. Seventy works will go on display, including two new commissions for the AGO that were inspired by the building’s architecture. One is a work made from large-scale venetian blinds and the other a mural on the building’s south entrance. 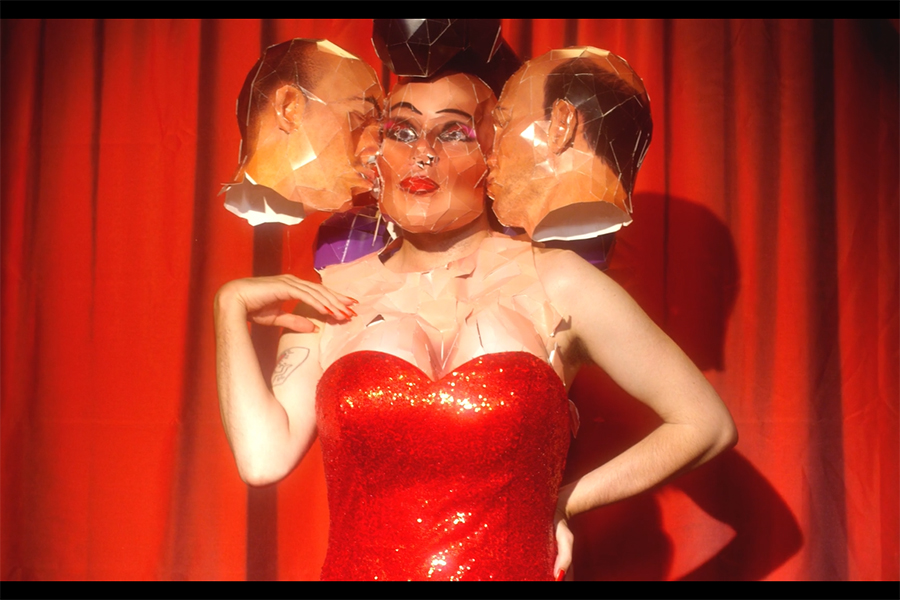 Courtesy of the artist.

Video still from Séamus Gallagher’s “THINKING OF YOU THINKING OF ME.”

the body as a fever dream

In this show, four artists (Eija Loponen-Stephenson, Séamus Gallagher, Sheri Osden Nault and B Wijshijer) explore the feeling of experiencing a fever dream – that moment when our control of our own consciousness is lost and reality feels difficult to grasp. The sculptures and video works play with the contradictions and duality of feeling like you’re not really here. Two dancers, Lauren Runions and Camille Rojas, will give an improvised performance in the space that reacts to the pieces on display.

Three generations of Black American photographers (Bey being the oldest and Edmonds the youngest) present different visions of American Blackness in conversation with each other. The series was created between 2017 and 2019 and incorporates the different approaches to portraiture taken by each photographer. Bey is known for his street photo portraits of adolescents in their communities, Edmonds shoots intimate photos of people he knows, while Milan is known for more abstract collages and dioramas. The question at the heart of this show is: How do their experiences interrelate?

Kelsey Adams is an arts and culture journalist born and raised in Toronto. Before covering food, life and culture for NOW Magazine, she wrote about music, art and film for several publications, including the Globe and Mail, The FADER, Complex CA and Canadian Art.

Mon Sep 28 , 2020
© Provided by WION Artists in Kashmir valley have long been struggling for a physical art gallery to showcase their work but thanks to the pandemic that made them think out of the box.  Naushad Gayoor is a multidisciplinary artist and a fine art teacher from Srinagar who devotes most […]