“Reckonings,” an exhibit at the Fleming Museum in Burlington, displays items from the museum’s collection that were selected by staff members. Every item on display features a reflection from that member about the year 2020. Seen on Friday, Oct. 9, 2020, is a detail of “The Fugitive’s Story,” a sculpture […]

Scattered around UVM’s Fleming Museum are reminders to wear masks, to follow the directional signs, and to observe limits on gallery occupancies.

But it’s not just the signs that reminds viewers of the pandemic and the strange world it’s created. So does the art on the walls.

Last month, the museum reopened its doors for the first time since March, with a special exhibition representative of the times. In the exhibit, “Reckonings,” each member of the Fleming’s staff — and student interns — chose pieces from the museum’s collection that represent the year 2020, and then wrote about what the work evokes this year.

“We plan our exhibits really far in advance,” said Janie Cohen, director of the Fleming. “But when the pandemic shutdown happened, we realized we needed to shift our exhibit schedule. ‘Reckonings’ was really in response to a number of things that unfolded this spring that we’re all very familiar with now.”

This kind of exhibition, she said, chosen by an entire staff, is relatively uncommon for museums, but is actually very common in teaching about museums. The exercise is to respond to an idea with a work that helps you think about that idea, and then explain how the piece does that.

“One of the other really strong impulses we had was we wanted to expand the voices that normally speak to visitors from the walls of the numsum,” Cohen said.

Typically, a museum’s curator is solely responsible for making those kinds of choices, she said. But because of the nature of 2020, Cohen said she thought it was important that the entire Fleming staff — including students and interns — also get a say.

“It’s a pretty simple but powerful exercise that we do when we’re teaching in galleries, whether it’s for K-12 students, or UVM kids, or visiting groups — which is to use art to help us think about things,” she said.

The choices for the exhibition are wildly different from one another. When you walk into the show’s main gallery, you’re presented with a wall, with a picture of a maze hanging from it.

VTDigger is underwritten by:

On the placard next to it, the Fleming’s business manager talks about how the maze, much like 2020, is full of false starts and barriers, with no apparent way out.

On the other side of the wall is a giant quilt made out of crowd-sourced underwear. The museum’s curator of education chose the piece because it reminded her about April’s frantic race to fashion masks out of whatever people could find.

But nearly every piece in the collection reflects on the realities of the pandemic, or of systemic racism and the fight for racial justice.

“The ways of responding to and interpreting work were really limited only by the imagination and emotions of people looking at the collection,” Cohen said. “I think those two critical issues are at the forefront of our hearts and minds right now, and I think there was no lack of material for us to look at.”

Cohen said “reckonings” has been a pretty heavily used word during the past several months. While the museum staff members had a whole slate of ideas for what to call the exhibit, she said, that word fit best with what they were trying to do.

“It was a process of kind of reckoning with all of these things going on and the implications of them. In working with the artword, each of us, together and alone, were reckoning with historical and contemporary issues,” she said.

During the summer, all the Fleming could offer the public was online content. Cohen said it did what most museums were doing — posting online as much of its existing digital materials as possible, and then creating new online content to give people a slice of the museum without the dangers of visiting in-person.

Cohen said even when the Fleming reopened on Sept. 15, its leadership waited a week to advertise that the building was open, to make sure the museum didn’t get too busy.

“We really had no idea how comfortable people were going to be coming to this kind of public space,” she said. “But even that first week, we had a really, really great turnout.”

Now, Cohen said, the job is to figure out what to do this winter and spring with the exhibition, and how to bring more people from the community into the process. 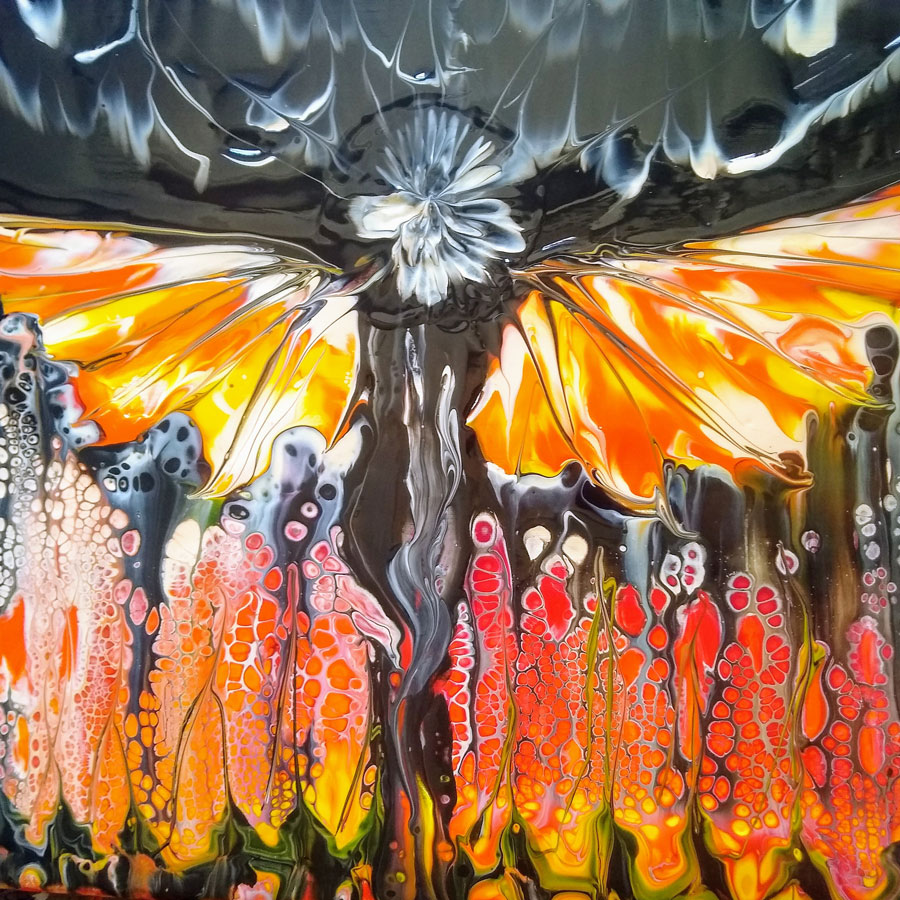