The Wallis Annenberg Center for the Performing Arts presents a four-part digital series featuring violinist Vijay Gupta, cellist Peter Myers and pianist Suzana Bartal performing composer Reena Esmail’s Piano Trio, which blurs the boundaries between Indian and Western classical music. The broadcasts, each featuring one of the chamber works’ four movements, offered online over a four-week period, on Thursdays, October 29, November 5, 12 and 19, 2020, at 5:00 pm (PDT). The broadcasts also include comments by the artists, who last appeared together live at The Wallis in February 2020, performing the Piano Trio, among other works by Esmail.

Esmail’s Piano Trio was commissioned by Town Hall Seattle and was premiered on November 25, 2019 in Seattle, Washington. Regarding the work, she says, “My musical world is influenced as much by the Western canon as it is by Hindustani (North Indian) classical music and each movement of this trio is a confluence of Hindustani and Western musical elements. Imagine if you could say a single sentence, but it could be understood simultaneously in two different languages – that is what I aim to create through my music.”

Esmail adds, “My mission involves joining communities with one another through music by creating spaces where cross-cultural dialogue can begin. As I grew up bilingual in English and Gujarati, I felt drawn to explore the connection between these two sides of myself through the lens of music which occupies different areas of the same musical space, coexists beautifully and overlaps without detracting from one another.”

MacArthur “Genius” Gupta, an esteemed performer, communicator, and citizen-artist, is a leading advocate for the role of the arts and music to heal, inspire, provoke change, and foster social connection. After joining the Los Angeles Philharmonic at age 19 and serving as a member of the first violin section through 2018, he founded Street Symphony and serves as Artistic Director of the non-profit organization, which provides musical engagement, dialogue and teaching artistry for homeless and incarcerated communities in Los Angeles. New Yorker critic Alex Ross has described Gupta as “one of the most radical thinkers in the unradical world of American classical music” and Time magazine selected Gupta as one of their Time 100 NEXT list of rising stars who are shaping the future of business, entertainment, sports, politics, science, health and more.

“Vijay Gupta and Reena Esmail are two remarkable, internationally acclaimed, game-changing Los Angeles artists and collaborators,” says The Wallis’ Artistic Director Paul Crewes. “This streaming series connecting the musical languages of two different cultures is an extension of The Wallis’ deep commitment to presenting Los Angeles-based artists and programming that reflects the city’s diversity. We are proud to support their work in both music and social justice.”

Registration to the free broadcasts can be accessed at www.TheWallis.org/Composers.

VIJAY GUPTA (Violin), an esteemed violinist, speaker and educator, is a leading advocate for the power of music to foster social connection. A 2018 John D. and Catherine T. MacArthur Fellow, Gupta is the founder and Artistic Director of Street Symphony, a non-profit organization providing musical engagement, dialogue and teaching artistry for homeless and incarcerated communities in Los Angeles. Gupta joined the Los Angeles Philharmonic at age 19, and served as a member of the first violin section through 2018. He has appeared as a guest concertmaster with the Los Angeles Opera and the Philharmonia Orchestra of London, and is an active recitalist, soloist and chamber musician. Gupta teaches, performs, and speaks nationally on the intersection of music and education, mental health, and social issues, and serves on the faculty of The Colburn School. Vijay Gupta plays a 2010 violin made by Los Angeles luthier Eric Benning.

SUZANA BARTAL (Piano), winner of the New York Concert Artists Concerto Competition in 2013, has performed extensively in Europe, the US and Asia, in prestigious venues such as the Philharmonie, Le Louvre, Salle Pleyel and Radio France in Paris, the Beethoven-Haus in Bonn, Merkin Hall in New York as well as Milton Court in London. Her recording of the complete Liszt Années de pèlerinage will be released in March 2020 on the label Naïve. As a chamber musician, Bartal has performed with violinist Josef Spacek, Kristóf Baráti, Alina Pogostkina, Rosanne Philippens, Alexandra Conunova, violist Lise Berthaud, cellists István Várdai and Claudio Bohorquez. Born in Timişoara, Romania into a Hungarian family, she started her musical education in her hometown. Starting 2005 she resumed her studies in Paris and Lyon, France at the CNSMD and at the Yale School of Music with Peter Frankl where she earned her Doctorate of Musical Arts in 2018.

Peter Myers (Cello), praised for the warmth of his sound and range of color, has performed internationally as a chamber musician, and since 2017 has held the position of Assistant Principal Cellist with the San Francisco Opera. A founding member of the Saguaro Piano Trio, which won first prize in the 2009 International Chamber Music Competition Hamburg, as well as SAKURA, a unique and innovative quintet of cellos, Myers has appeared at the Marlboro, La Jolla, and Mozaic festivals, on tour with musicians from Marlboro, and abroad in Germany, Italy, Japan, China, Australia, New Zealand, Mongolia, Laos, and Pakistan. He has also performed as guest principal cellist with the St. Paul Chamber Orchestra. His mentors have included Ronald Leonard at the Colburn Conservatory and Ralph Kirshbaum at the University of Southern California. The American cellist lives in San Francisco and plays an 1876 cello by Claude-Augustin Miremont.

Come to Vote, Stay for the Art

Tue Oct 13 , 2020
While many California museums are still shuttered because of the coronavirus, and others are opening slowly at limited capacity, the Institute of Contemporary Art San José has come up with an ingenious solution to open the museum, legally, for four days. Starting on Oct. 31 through Election Day, the museum […] 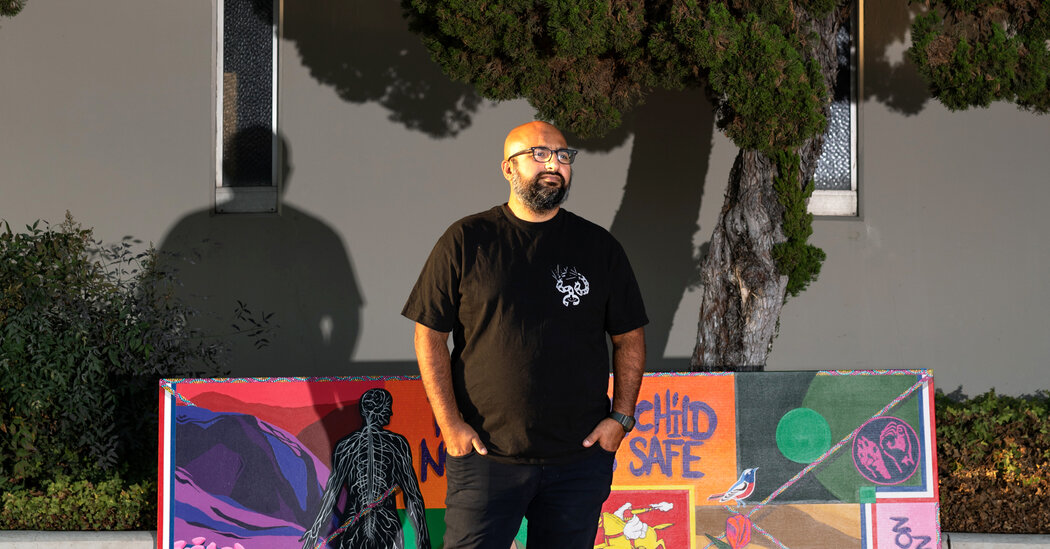