Even as lockdown eases in phases in the country, live performances in theatres and concert halls are still off the limit like it has been since last March. But rather than sulking about it, many have adapted to the present situation and gone digital with their productions digital and theatre director Prabhjot Singh is one of them.

“I would love to do theatre in physical space because that is the core of theatre. The digital space has helped me and my team reach a level where we are able to earn, get a sustainable amount. We have tried to get more people as a lot of people are on the digital space,” says Singh, the Founder and Creative Cultivator of The Roots India.

Talking about how the theatre scene will change in the post pandemic world, he says that the people who are stuck with one idea of theatre, nothing will change for them. “They will start again but people who like to experiment I am sure things will change for them. This is from a creative perspective. But I feel a lot of things if you look at the producing part of it then you will have less audiences coming in,” he explains.

Singh further adds, “Pehle bhi kam log ate the ab aur kam log ayenge. I really feel that now it is time for theatre and performing art to revisit and re-imagine for the digital format and get a new language that is what I learnt in the last four months.”

He has already done two digital showcases of The Perfect Match and is gearing up for his third which will be streamed digitally on September 11 at 9pm.

“The idea of the play revolves around patriarchy, how we see women in the structural marriage set up, racism, homosexuality, virginity and the hyper nationalism we have in the country. The whole scenario is about finding a perfect groom on Zoom. It is a story of a father who lives in the US and he hires a match maker to get the right match for his daughter. It is an interactive play. It is not pre-recorded and the whole fun is that the audience guides you where to go. The matchmaker asks the audiences to join his team and help him find a groom,” shares Singh, who has conceptualizes, designed, directed and produced it.

Sharjah Art Foundation to reopen the iconic ‘The Flying Saucer’ to public on Sept. 26

Sat Sep 26 , 2020
Sharjah Art Foundation (SAF) on Wednesday announced the completion of a major renovation of ‘The Flying Saucer,’ a Sharjah architectural landmark acquired by the Foundation in 2012. The newly renovated Flying Saucer will reopen to the public on September 26, 2020, with ‘Nowhere Less Now’ a new multimedia installation by […] 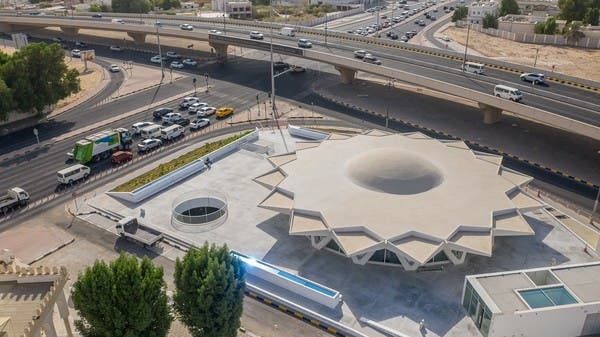