In this live conversation by Exhibit Columbus and Dezeen, a panel of experts will discuss how cultural organisations and communities can work toward creating equitable civic spaces across the US. Watch here from 7:00pm UK time (2:00pm EST) on 13 October 2020.

The panel is the third in a series of live talks hosted on Dezeen as part of Exhibit Columbus’ online symposium New Middles: From Main Street to Megalopolis, What is the Future of the Middle City?

Exhibit Columbus is an annual exploration of architecture, art, design and community in the city of Columbus, Indiana.  This year’s symposium looks at the designed future of rural and urban areas located in the centre of the US.

The talk, entitled New Middles: Arts and Community, will explore the context and conditions in which Midwestern communities currently exist, as well as how these groups are shaping the future of the region.

“As communities across the middle reckon with legacies and presents marked by white supremacy and structural racism, including Jim Crow-era monuments, how can speculation through art and design help people envision equitable civic spaces?” asked the curators.


Surak is a curator and art dealer whose 18-year-long career in the cultural sector has predominantly focused on the production of collaborative projects and exhibitions.

She is the founder of art consultancy firm Art + Space and has worked with clients such as architecture firms Gensler and Smith Group.

Prior to becoming director of Exhibit Columbus, Surak was the inaugural director of Project 4 Gallery in Washington DC, which represents emerging and mid-career American artists.


Nichols works for the St. Louis-based consultancy Civic Creatives, where she serves as Principal of Design and Social Impact. She is also a Transnational Fellow at the Goethe Institut and Monument Lab.

She is a design activist, social worker and international lecturer who aims to mobilise creative change-makers to address racial injustices within the built environment through interactive experiences, digital media and social initiatives.

In addition to teaching and consulting, Nichols is also the co-organiser of Design As Protest, a collective of designers across the US that seeks to dismantle privilege and existing power structures within the architecture and design industries.


Paola Aguirre Serrano has a background in urban design, having received a masters in architecture from the Harvard Graduate School of Design.

In 2016, she founded Chicago-based collaborative urban research and design practice, Borderless. Serrano’s work focuses on interdisciplinary collaboration, city systems integration and participatory civic organisations in Mexico and the US.

Serrano has also taught at nonprofit alternative design school Archeworks, the Sam Fox School at Washington University and the School of the Art Institute Chicago.


Fluharty is the director of Art of the Rural, a collaborative organisation that aims to advance rural culture and quality of life through cross-community relationships.

He is also a member of Colorado art and research collective M12 Studio, as well as the co-director of American Bottom Project – a research initiative that looks at the current social and spatial conditions of the East St. Louis floodplain.

He is currently a curatorial fellow at the Andy Warhol Foundation for the Visual Arts where he is in the midst of curating a long-term exhibition and publication called High Visibility: On Location in Rural America and Indian Country.

This conversation will be produced by Dezeen in collaboration with Exhibit Columbus as part of its New Middles online symposium, which takes place from 15 September until 29 October 2020.

For the first talk in the series, which was moderated by Dezeen’s founder Marcus Fairs, futurist Dan Hill and Radha Mistry explained the role of strategic foresight and storytelling in design.

Find out more about the symposium and view the schedule ›

The post Third talk in Exhibit Columbus series to explore community and the arts in the American Midwest appeared first on Dezeen.

Sat Oct 3 , 2020
The art market faces another big test of its continuing viability during the pandemic this coming week with major art auctions in New York and Hong Kong, and a hybrid model of Frieze fairs taking place in London and online.  The burst of activity comes not long after the completion […] 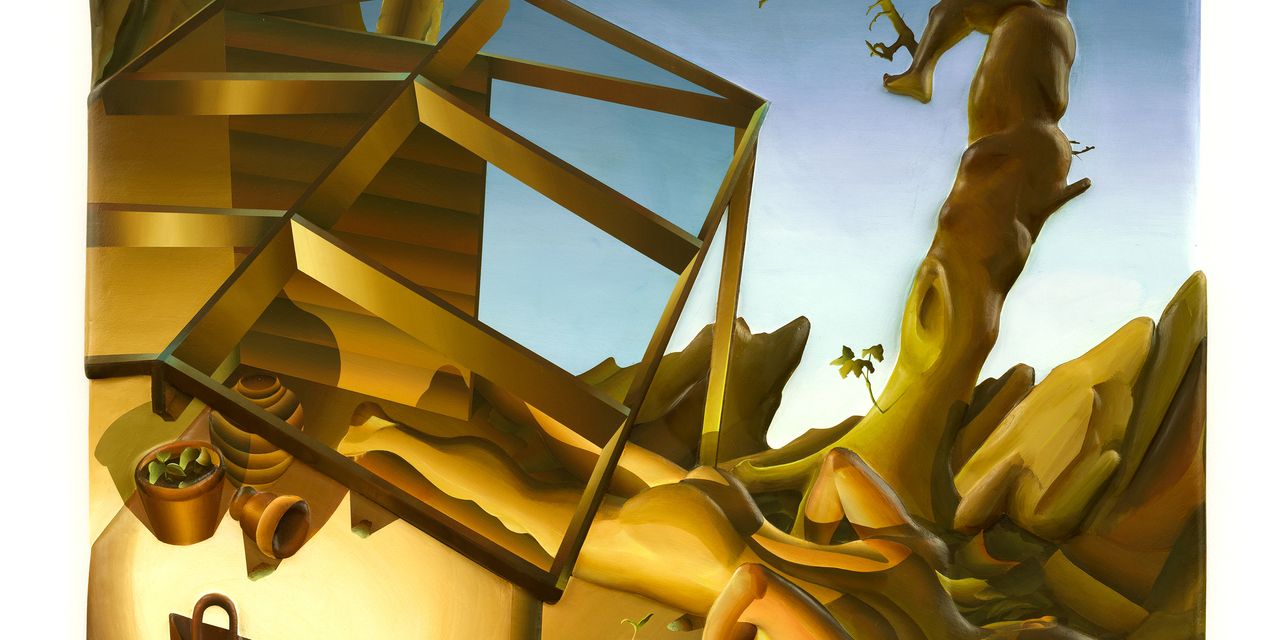