A few books arrived the other day that are outside my regular zone of interest. They are how-to books from an ongoing series by British publisher the Quarto Group: “10-Step Drawing: People” by Justine Lecouffe and “10-Step Drawing: Nature” by Mary Woodbin, and “The Complete Urban Sketching Companion” from Quarry […]

A few books arrived the other day that are outside my regular zone of interest.

They are how-to books from an ongoing series by British publisher the Quarto Group: “10-Step Drawing: People” by Justine Lecouffe and “10-Step Drawing: Nature” by Mary Woodbin, and “The Complete Urban Sketching Companion” from Quarry Books, a compendium of “concepts and techniques” taken from a series of instruction handbooks. (Quarry Books is the U.S.-based sister company of U.K.-based Quarto.)

Normally, when I get books like these, I flip through them to enjoy the illustrations and hold on to them for a day or so, before passing them along to friends or depositing them in the local Free Little Library. In non-virus times, they might end up on what we call our “free table” at the office.

I might mention them in passing in a column or a blog post but am not qualified to review art instruction books. I’m suspicious of anything that promises dramatic results overnight, yet most of them are probably beneficial to students who approach them in the right frame of mind.

Sketching has enjoyed a renaissance over the past decade, spurred by the ubiquity of social media sites that make the sharing of artwork simple. (See urbansketchers.org and the group’s Facebook and Instagram pages.)

Drawing is a simple and democratic act. It hardly requires any instruments or materials. You can scratch in the dirt with a stick or use the stub of a pencil on a napkin. It’s a poor person’s way of imagining and communicating — it doesn’t require investment in canvas and paint. It’s something most of us do naturally until we arrive at the age of 6 or 7 and we acquire the forbidden knowledge that the lines we’ve made aren’t representational of the thing we meant to depict. A lot of artists are murdered by self-awareness. 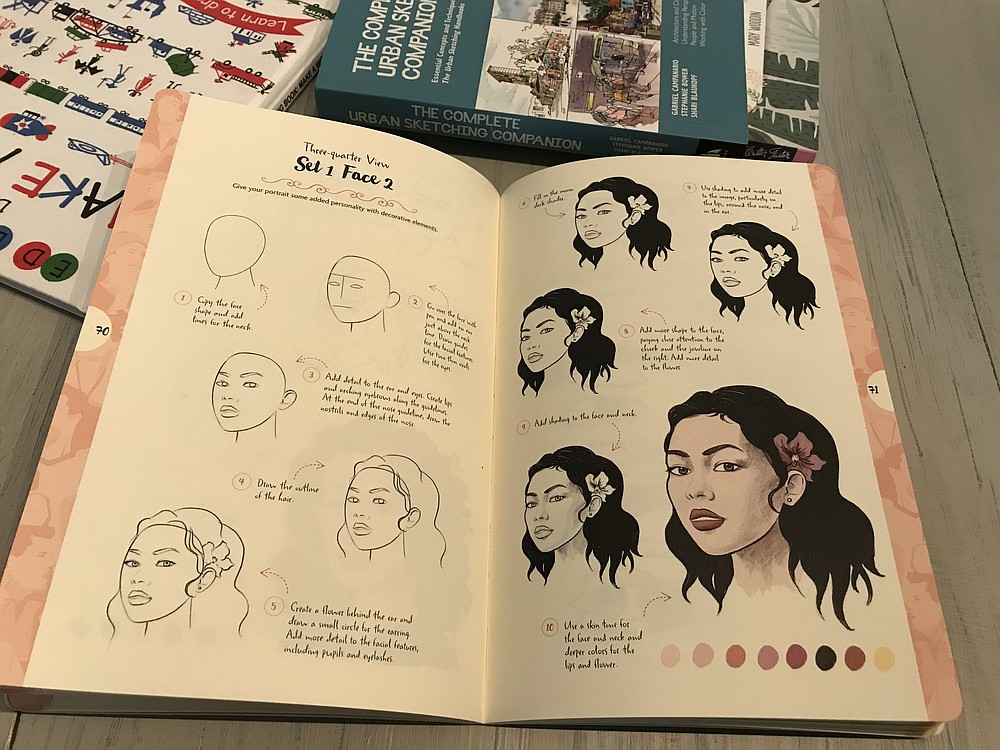 This is a page from “10 Steps for Drawing People.”

You see this all the time in shows like the 58-year-old Young Arkansas Artists Exhibition at the Arkansas Arts Center. While the statewide competition attracts remarkable work from all grade levels, you can actually see a certain self-censoring rigidity, a tightness and hesitancy of line, that sets in sometime around the fifth grade. The younger artists are free and wild, bursting with color, inventiveness and joy. Older artists may be technically more accomplished, but their subject matter is more conventional.

Maybe all aspiring artists are susceptible to this constricting carefulness; you see it in some writers even after they’ve attained a level of professional success. Not making a mistake (not looking foolish) becomes more important than expression.

Art teachers might be unfairly blamed for this, but most art teachers understand it and encourage their students to proceed messily. It’s our superego that tells us our horses don’t look enough like horses.

But they can; drawing is a skill that can be acquired by just about anyone.

It’s like golf, a sport that any able-bodied person in fair condition can be taught to play reasonably well. Talent helps, and some people are born with gifts, but if you can take instruction and apply yourself, you can play golf. You won’t win, or even qualify for, the U.S. Open, but you can play. Ben Hogan thought that just about anyone could eventually shoot in the 80s if he or she worked at it.

Hogan might have overestimated the average person’s ability to score, but his point is valid. To play golf at a high level requires a great deal of athleticism and fitness, but it’s also a game people can play and enjoy all their lives. And for most golfers, how good they are at it has little to do with their enjoyment of the sport. Most are often irritated by their game, no matter how well they play. 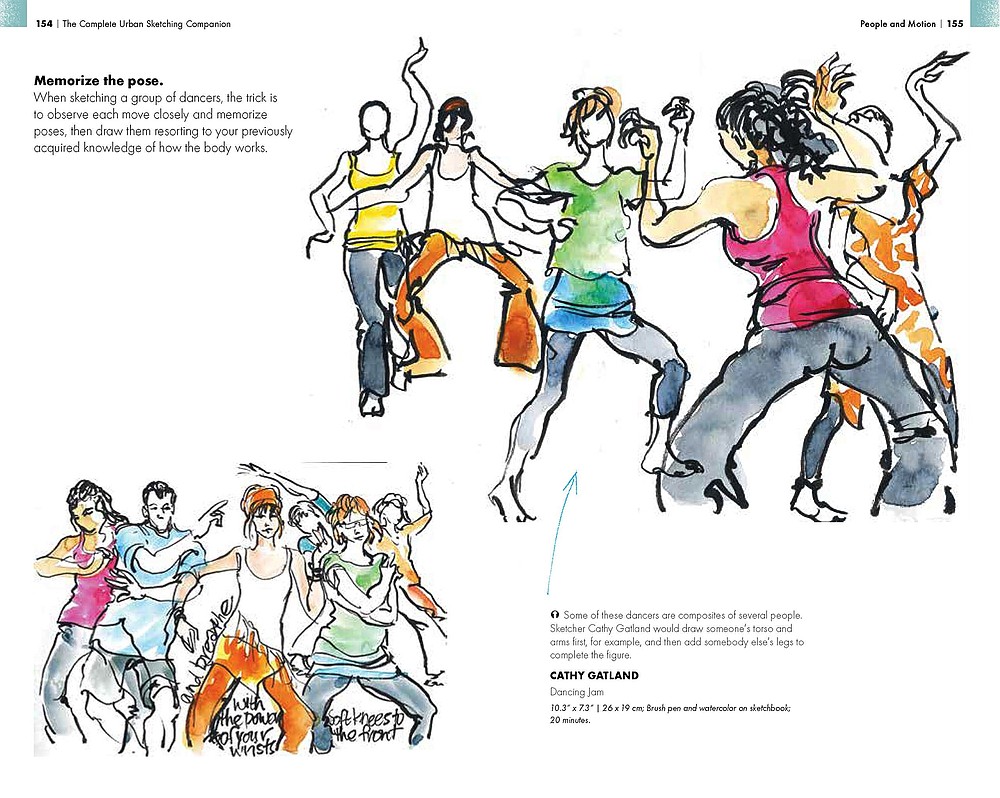 Advice on capturing the pose is offered by “The Complete Urban Sketching Companion.”

How well you can draw depends mostly on how much you practice and if or what kind of lessons you take. Innate ability plays a part; to draw something you have to be able to see it, and some people are much better holding onto images in their memory than others, but just about everyone can learn to copy a photograph.

I remember when I discovered I could draw.

It was in seventh grade, in an art class, one of the units that we rotated through that year along with sex education, home economics and music. (This was a progressive public junior high school in Southern California. We had smog alerts and no cafeteria but a snack bar that served chocolate malts.)

At some point the teacher, who appraised my doodles as promising, showed me how to trick my mind by turning the photograph I was copying upside down. By making the familiar a little bit unfamiliar I was able to see what was really there, and not what my mind told me ought to be there. I instantly shaved about a dozen strokes off my drawing game.

Later, in 1979, I happened upon a book called “Drawing on the Right Side of the Brain” by Betty Edwards, who spent most of her career teaching art and researching art education techniques at California State University in Long Beach, where she founded the Center for the Educational Applications of Brain Hemisphere Research.

Edwards’ book is still selling — the fourth edition, which Amazon charts rank as “No. 1 in Figure Drawing Guides, No. 5 in How To Create Comics & Manga and No. 10 in Popular Psychology Creativity & Genius” — retails for $20 and is a standard text in art schools around the world. 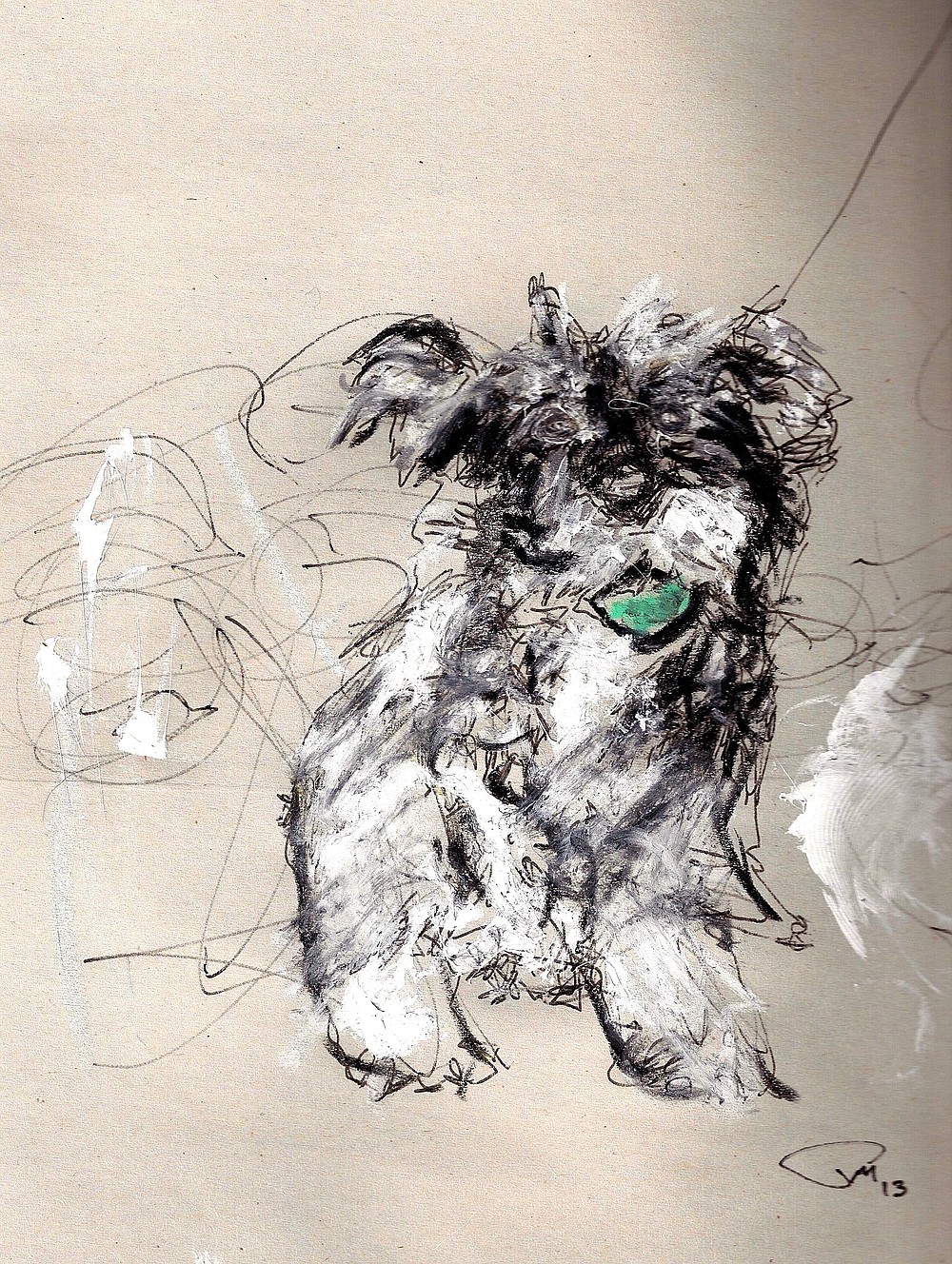 Philip Martin created this drawing of Audi, one of his dogs.

A BOOK ABOUT SEEING

“Drawing on the Right Side of the Brain” blew up my world, drawing-wise. It wasn’t so much a book about drawing, it was a book about seeing. It included the upside-down photograph trick my vaguely remembered art teacher taught me (which causes me now to wonder if she hadn’t been exposed to Edwards’ teachings) along with other methods of disregarding one’s preconceived notions of whatever one was drawing should look like. Edwards proposed that the brain has two ways of perceiving and processing reality — one verbal and analytic, the other visual and perceptual. For the purposes of drawing, her method advocates suppressing the former in favor of the latter. Throw out what you think a horse should look like — in fact, go ahead and throw out the concept of a horse as a horse — and see the form of the horse, or even better, the spaces around the horse and draw them.

Using the book as my only text, I became proficient at drawing what I could see — at copying photographs or other drawings or sketching from life. I still had trouble drawing from memory or reproducing images produced by my imagination.

I lacked talent, I suppose, but became a low-handicap draftsman, able to produce drawings that other people wanted to keep, at least for a while. I’ve occasionally done sketches — on paper and digitally — for this newspaper and paintings (which start as drawings) for charity. I’ve sold a few pieces over the years. While my range is limited and my interest waxes and wanes, I can draw.

But while Edwards’ book is still highly regarded, it’s not the only way.

“There are many ways to draw, and that’s where I have found working with a wide variety of teachers to be indispensable,” says Diane Olivier, a San Francisco-based artist and teacher. “Each will give you different information — not contradictory, more like exploring the world.”

Olivier prescribes the “constant inhale of drawings in books” to the aspiring artist, as well as taking in gallery shows and museums. She says she browses second-hand stores for old art instruction books and particularly recommends Kimon Nicolaides’ 1990 “The Natural Way to Draw: A Working Plan for Art Study.”

“I see learning like eating,” Olivier says. “If you still feel very satisfied, stay with it! If you get the urge to have something different, look for it! I go to almost every used book store I go by and check for drawing books.”

Learning a skill like drawing is mostly an act of will and patience. We can teach ourselves how to do things. I can watch a YouTube video on changing a bicycle tire but I don’t really know how to change a bicycle tire until I’ve done it. Epiphanies are rare; we shouldn’t expect them.

But “Drawing on the Right Side of the Brain” changed the way I thought about making art, and other people might find other triggers. The arrival of these three instruction books so close together got me thinking about how human beings have the capacity to surprise and delight themselves.

We have latent capacities; people of ordinary abilities can learn to do amazing things. 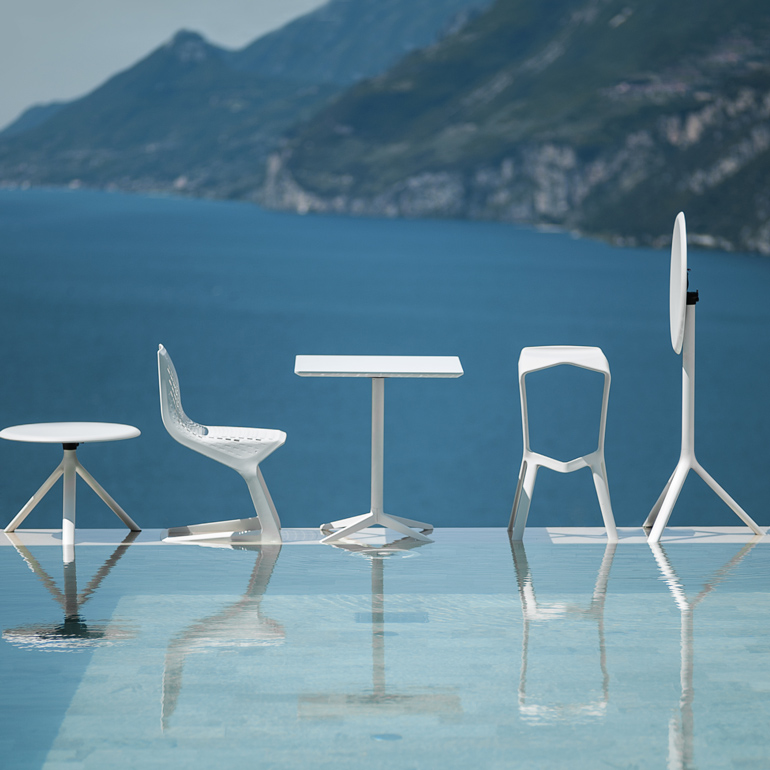