Follow a woman as she climbs to the rooftop of an abandoned factory and wander back 202 years into a masterpiece of German Romanticism.

In What Distant Sky (2013), a five-minute, 14-second video installation by husband and wife artists Megan and Murray McMillan pays homage to Caspar David Friedrich’s Wanderer above the Sea of Fog, also known as Wanderer above the Mist or Mountaineer in a Misty Landscape (1818). Three large-scale sculptures of coal from a decommissioned power plant hang from the high ceiling in the room where the video, shot in North Adams, Massachusetts, is projected.

“There’s a kind of magicianship walking through this space,” said ICA Director of Exhibitions Julie Poitras Santos during a walk-through yesterday. “It’s everyday magic. We can, in fact, create that.”

Some Things We Can Do Together: Megan and Murray McMillan, featuring more than a decade of the McMillans’ collaborative work on view at the Institute of Contemporary Art (ICA) at MECA (Maine College of Art), a private art college in downtown Portland, is a journey through art history and an earnest and provocative look at the present. Originally scheduled to open March 18 as the COVID-19 pandemic shuttered the global art world, the exhibition offers an escape for limited viewers amid social distancing restrictions. Filling three rooms of gallery space, the installations take us through centuries of art history while challenging our perception of and relationship with interior, industrial, and natural spaces.

The largest room showcases the couple’s video Some Things We Can Do Together (2019), which draws from still lifes, or bodegóns depicting pantry items, such as vegetables, game, and drink, often arranged on a simple stone slab, painted by Juan Sánchez Cotán (1560-1627), a Spanish Baroque painter and pioneer of Spanish realism. Sánchez Cotán’s austere realism was said to “fool the birds.”

The McMillans built birdhouses based on four sculptural sets of their past works and placed them outside in front of a motion-activated camera with an abundance of fresh fruits and seeds. The viewer is captivated watching up close as a mother sparrow feeds her baby, crows bicker, blue jays engage in what seems like human banter, and a squirrel photo bombs the scene. The multi-faceted work probes the creative process and interspecies connections, to better understand the complex relationships formed by “doing things together.”

Structures and found objects, some suspended from the ceiling, create an intricate display marrying theatrical stages with found objects, a shiny, reflective wood and mylar stage made to mimic a lake, and additional videos of performance art that demand multiple views from myriad physical positions. The un-choreographed performers bring their own histories and personal resources to the screen. The McMillans invite them to “be themselves in this space” and engage in behaviors and movements that come naturally in daily life. They are filmed “working” alongside choreographed performers known as “operators,” who move an array of lamps, construct enormous flowers, and manipulate spotlights to set the stage. The final product is seamless, without any obvious distinction between the two types of performers.

“I see a family of works — they all relate together really strongly in an incredible way. I was thinking, too, about the title. The title work Some Things We Can Do Together, that for me is a piece that really plays with this notion of retrospective — or retrospection, let’s say — in a fun way,” Megan McMillan said in an interview with Poitras Santos. “This sense that these works you had constructed as pieces for video productions previously were remade at the scale of a birdhouse, and you invited birds to interact with these works. There’s a sense that in this retrospective manner, you’re playing with that backwards-looking quality. You’re allowing this element of chance to come in and transform the work, and make it actually something fresh and new for you.”

The Shape of Our Best Intentions (2011), a six-minute, three-second high-definition video installation features a heterosexual couple folding sheets, referencing The Arnolfini Portrait (1434), an oil painting on oak panel by the Early Netherlandish painter Jan van Eyck which is believed to depict the Italian merchant Giovanni di Nicolao Arnolfini and his wife at home in the Flemish city of Brugess. The art historical nod enables the couple to examine the dynamics of contemporary marriage.

Transparency and layering are essential to each installation, as every component is clearly displayed to reveal how every facet is attached, adhered, suspended, and assembled.

Visitors are greeted by What We Loved and Forgot (2010), a two-minute, six-second site-specific video installation on a wall in the entry room displaying 11-foot tall yellow lilies crafted from industrial plastic.

Serious themes are softened by a playfulness that permeates the works uniquely installed to fit the space, which is larger than the debut curated by J.R. Uretsky and first exhibited at the New Bedford Art Museum/ArtWorks! in New Bedford, Massachusetts.

“All the titles of our pieces were designed just to drive curators nuts,” Murray McMillan teased Poitras Santos and Uretsky.

Megan and Murray McMillan have exhibited their large-scale video installations at Mass MoCA in North Adams, Massachusetts, the Kunsthallen Brandts Museum in Odense, Denmark, The State Museum of Contemporary Art in Thessaloniki, Greece, The RISD Museum in Rhode Island, and the deCordova Museum in Lincoln, Massachusetts. They live and work in Providence, Rhode Island.

Fri Sep 25 , 2020
ALBANY, N.Y. — The New York State Council on the Arts announced Wednesday that dozens of venues across the state and here in Western New York have been approved to reopen at limited capacity. Organizations were forced to close their doors due to the COVID-19 pandemic. All venues will have […] 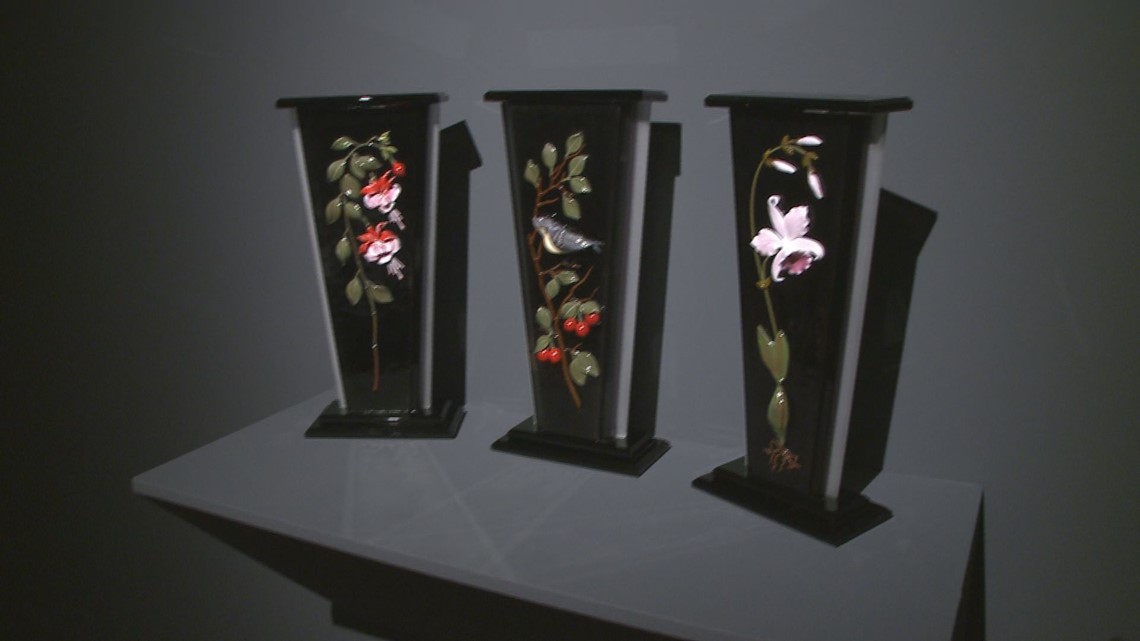