Turlock resident Martha Wenstrup was recently named the winner of Rep. Josh Harder’s Congressional Art Competition with a powerful piece that is more than meets the eye. Wenstrup’s winning art, titled “Read Between the Lines,” shows a sea turtle peacefully swimming through the ocean — but that’s not all. By […]

Turlock resident Martha Wenstrup was recently named the winner of Rep. Josh Harder’s Congressional Art Competition with a powerful piece that is more than meets the eye.

Wenstrup’s winning art, titled “Read Between the Lines,” shows a sea turtle peacefully swimming through the ocean — but that’s not all. By utilizing angled panels that depict the sea turtle image on one side and bits of trash on the other, Wenstrup created a piece which shows the dangers of littering when viewed from a different position.

The artwork was inspired by an introductory marine biology course she took while in the International Baccalaureate program at Modesto High School, she said, where she learned all about the impact of microplastics on ocean life.

“They’re tiny pieces of plastic that cause so much harm, but we can’t see them so it doesn’t seem as big of a problem as it actually is,” Wenstrup said. “With the two images merging together you see the beauty of the turtle from one side, but as you move you see that underneath all of the beauty is trash.”

Wenstrup has always enjoyed art, she said, but truly found her niche upon taking a visual arts class during her senior year at MHS. Prior to going to school in Modesto, the Turlock native attended classes at Sacred Heart School for nine years. Now, she is a freshman at California State University, Monterey Bay, where she is studying marine biology.

The style of her winning piece “Read Between the Lines” was inspired by French artist Patrick Rubinstein, whose artwork also features mind-bending illusions which merge together to create one cohesive image. Wenstrup said she was encouraged by her high school art teacher to submit her work to the Congressional Art Competition, as he had won the contest as well when he was a student.

Wenstrup was one of 28 participants in the competition for District 10. Thanks to her success, Wenstrup will be gifted with a trip to Washington, D.C., as soon as the coronavirus pandemic is over and her artwork will be displayed on the grounds of the U.S. Capitol for an entire year.

“I was shocked that I won because I entered on a whim,” she said. “I’m looking forward to the trip because I’ve never been to Washington, D.C.”

Wed Sep 30 , 2020
Yayoi Kusama’s Pumpkin has a low estimate of HK$22 million. Courtesy of Sotheby’s Text size Reflecting the importance of Hong Kong as an international art market hub, Sotheby’s will livestream its evening sale of contemporary art on Oct. 6 from London and New York, as well as a live auction […] 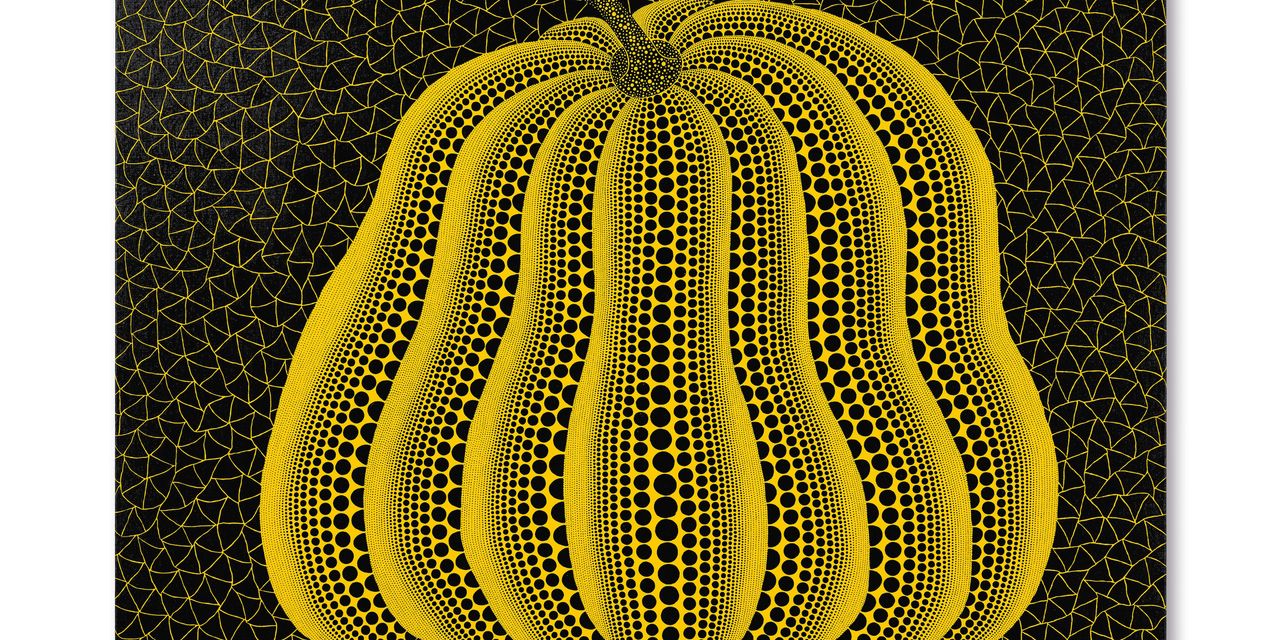