John Rankin Waddell, best known to international A-listers, movers and shakers as Rankin, is video calling from his north London offices, all dark painted walls and simple, well-designed accoutrements. He’s recalling a conversation on the art of photography he had with famed fashion photographer Francesca Sorrenti over a decade ago. […]

John Rankin Waddell, best known to international A-listers, movers and shakers as Rankin, is video calling from his north London offices, all dark painted walls and simple, well-designed accoutrements. He’s recalling a conversation on the art of photography he had with famed fashion photographer Francesca Sorrenti over a decade ago.

“She said that the best photographers are ones who, within their work, hold a mirror up to society,” he says. “That was a moment for me. I’d been doing it anyway, but that was when I realised what made a good photographer great.”

That premise lies behind Rankin’s most recognisable portraits. Over the course of his 30-year career, he’s captured icons of the era: we’re talking Debbie Harry, the Rolling Stones, David Bowie, Björk, Kate Moss, Madonna and even Queen Elizabeth II. It’s no surprise that he was a favourite photographer of U2’s, second only to their long-time collaborator Anton Corbijn.

“I’ve come to Ireland a lot because of that, but I’ve photographed them in Nice, guerrilla-style outside the Monte Carlo Casino, and went onstage with them in Miami,” he says, omitting it was supermodel Helena Christensen who ushered him on. “U2 are a gift for photographers. They’re easy to photograph because they don’t hate the process, and they’re creative in their image making as much as they are in their music making – they see it as a whole package.

“And Bono is a gorgeous man, both physically and in personality. The last time I saw him, as he was walking in, he said within earshot: ‘it’s funny how you don’t realise you’ve missed someone until you’re about to meet them again’. But you must get loads of people who say, ‘yeah I know Bono’. He knows everybody. Sorry to be a cliche.”

More than acquainted with Ireland – one of his favourite young photographers is 24-year-old Conor Clinch– he also previous shot for Hot Press “which, I thought, was one of the best music magazines in the world”.

Living the TV version of a celebrity and fashion photographer wasn’t always on the cards. Born in Scotland and raised in the green belt of London by his mother, a housewife, and father, a salesman for an oil company, Rankin’s relatively normal upbringing is still evident in the relatable way he comes across; he has no problem creating rapport, even through a Zoom screen.

He moved to Brighton to study accountancy, but life had other plans. Surrounded by art students, it wasn’t long before he picked up a friend’s camera “and the moment I looked through the lens, I thought ‘this is it, I’ve discovered what I want to do’,” he recalls. “My dad was pissed off and he wouldn’t talk to me, but after that I would have never considered doing anything else. I’m privileged in the sense that I was able to find it and stuck at it, I really wouldn’t take no for an answer. You could call it an addiction, but it’s not an addiction, is a pure love for a medium.”

Along with Jefferson Hack, a fellow student at the London College of Printing, he began the magazine Dazed and Confused in 1991, partly as DIY method of publishing his fashion and celebrity photography. Twenty-nine years on, it continues as one of a handful of publications within Dazed Media, while Rankin also heads up his high-end creative agency that’s responsible for, among other projects, Dove’s Real Beauty campaign (that one with a refreshingly broad range of women in white underwear). In between, there’s ad hoc projects like shooting NHS staff at the start of the pandemic. And there’s art for art’s sake: during lockdown he began photographing sole flowers, the results of which are shared with his 200,000 Instagram followers – although, like many, he has a love-hate relationship with social media because of the ubiquitous trolls.

“Sometimes I’ll do an Instagram live and they’ll start making weird or homophobic comments, like ‘you look like Donald Trump’ or ‘you’re gay’. I’m like, ‘are you all fucking eight years old? What the fuck is this?’ I go through them and block them as I’m talking, straight away. I just don’t need it.

“That’s why I wouldn’t be a good famous person, because you have to be ‘on’ all the time and I’m just not that guy. Not everyone can be in a good mood 24 hours a day. Maybe Heidi Klum can do it,” he says, pausing as he searches his mind. “Maybe some radio DJs can. But even Ant and Dec have proved they can’t do it.”

The makeshift rules of social media is a result of technology progressing faster than society can respond, he feels.

“It’s bigger than the industrial revolution, the invention of the printing press and the combustion engine combined, and we’re not ready for it. We’re toddlers in this very new world.

“What’s been interesting is that photography has been the first thing that was lowest common denominator: the selfie, the sunset. It was kind of depressing but suddenly, it’s matured and the art of photography has become a newfound interest for people. They’re wanting to know how to use it to communicate, and what’s the history of it. So I’m optimistic about how we progress.”

At this time of renewed interest in photography, Rankin’s influence, breadth and philosophy of reflecting society through images made him a fitting choice for Sky Arts’ new photography show. Using the popularisation and democratisation of photography “as a force of good”, Rankin’s 2020 invites viewers to submit images that encapsulate this unusual year. A little like Grayson’s Art Club that aired at the start of lockdown on Channel 4, the series features celebrity guests, creative tips and the best examples of viewer submissions. They’ll also feature in an accompanying book.

“The idea is that it acts as a little bit of a legacy, one of many legacies that people have been making of this time,” he says. “We want to see what people are feeling what they’re seeing outside their windows – or even inside the windows these days – to create a photo album of the world that we’ve just gone through, and we’re still going through to some extent.”

Steering clear of the more painful elements of this year (“because that’s horrendous and I don’t think we’ve really understood yet how big that is”), the images that have caught his attention have been the moments of life affirmation and celebration.

“We’ve had the opportunity to step off a hamster wheel for three months and consider what’s important what’s not important. It feels like that’s Mother Earth giving us a little slap and saying have a little reminder what life is about. So when you look at the work, that’s what you get from it. It’s celebratory during a very difficult time.”

The call-out prompted 12,000 entries through Instagram, with more streaming in even after the deadline passed.

“I feel so bad about that,” he says. “Some of them are fantastic as well, I’m a bit gutted that I can’t put them in the show, but we might sneak them into the book.”

Will there be Irish representation in the photographs featured?

“I don’t know for sure, but I expect there are,” Rankin says. “The team combing the entries in detail have been trying to work out a good mix of all the territories that we’re going out on. It’s important to see what everybody’s been doing.”

If Covid allows, there will also be an exhibition to coincide. But given how much these days is virtual, browsing through the #2020rankin hashtag is an alternative that’s apt for the year that’s in it.

Mon Sep 28 , 2020
A STUNNING enhanced photograph of a shipwreck titled ‘SS Maheno Wreck’, has claimed the major prize in the 2020 CQU Creates Art Awards. It was satisfying reward for the hard work by first-time digital artist and CQU Mackay staff member Bill Jewell. The CQU Creates Art Awards is an annual […] 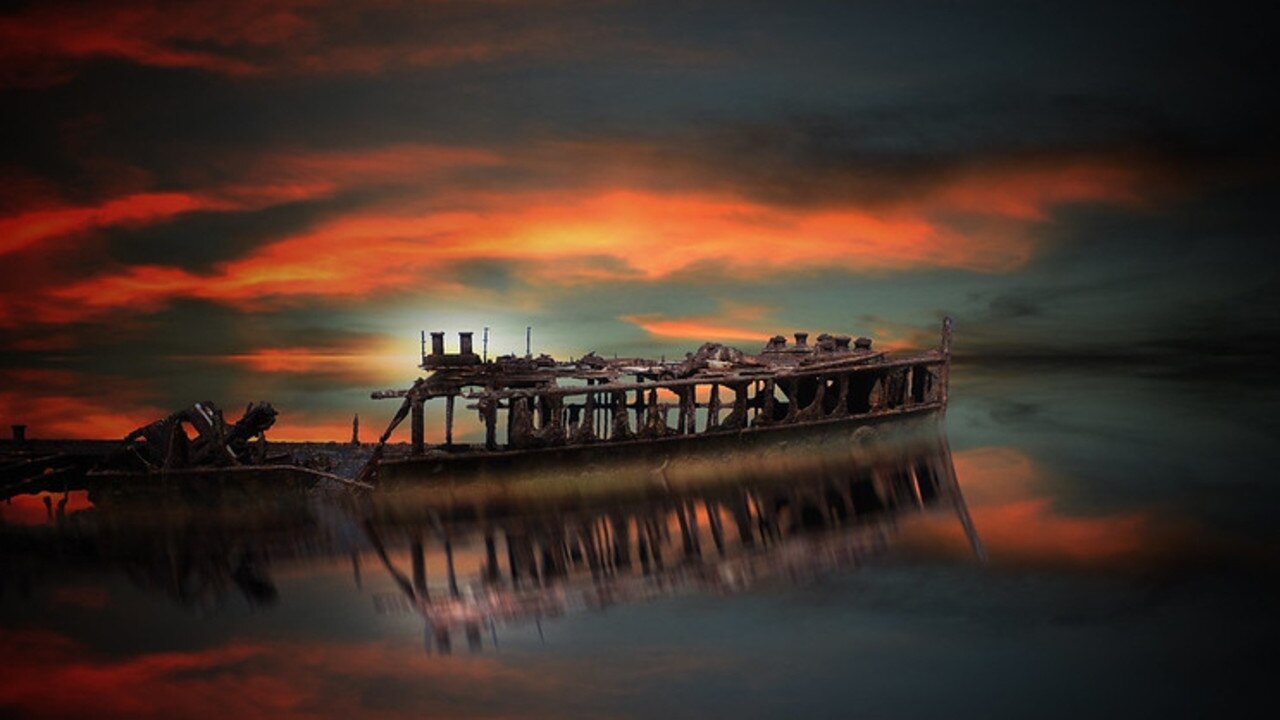