It was a curator’s worst nightmare. Last March, just days before opening, with labels mounted and press previews planned, We Fight to Build a Free World, a comprehensive and powerful exhibition curated by the artist Jonathan Horowitz at New York’s Jewish Museum, was postponed until further notice – one of […]

It was a curator’s worst nightmare. Last March, just days before opening, with labels mounted and press previews planned, We Fight to Build a Free World, a comprehensive and powerful exhibition curated by the artist Jonathan Horowitz at New York’s Jewish Museum, was postponed until further notice – one of the many culture-sector casualties of Covid-19.

Connecting the threads of decades of social injustice through the work of Kara Walker, Andy Warhol, and Glen Ligon, among others, and featuring 36 newly commissioned political posters by contemporary artists, including Tania Bruguera, Guadalupe Maravilla and Marilyn Minter, the show, and the world at large, faced an uncertain future. In the seven months since the exhibition’s intended launch, in the shadow of the horrific killing of George Floyd and resulting global protests, the show’s driving themes – oppression, racism, colonialism, xenophobia – and artists’ responses to these ills, have become even more relevant. In this moment, as we learn in greater depth how systemic racism has insinuated itself into every level of our culture, We Fight to Build a Free World has already been waiting for us, signs posted, at the frontlines.

Power (2019), by Jonathan Horowitz. Photograph: Courtesy of the artist and Sadie Coles HQ

“The exhibition came about through an invitation from the Jewish Museum to make a project addressing the resurgence of antisemitism in the country,” says Horowitz, who explains that, in thinking about themes and parameters, he wanted to contextualize antisemitism both historically and through the violence and bigotry directed toward many other marginalized groups. The current exhibition is not only a response to the rise of ethno-nationalism and authoritarianism, but an opportunity for real art world inclusion, highlighting several legendary black, Chicano, Latino, and Indigenous luminaries who have long worked at the crossroads of art and social justice. “Of course, the world seems like a different place now compared to seven months ago, much less three years,” said Horowitz, referring to the show’s conception-to-launch evolution, but “obviously, many lines can be drawn between the violence perpetrated today and incidents from the past”. The exhibit is devoted to sketching out those bold strokes.

We Fight to Build a Free World takes its name from a 1942 painting by Ben Shahn, part of a series of second world war propaganda posters the artist created for the US Office of War Information, and includes visuals by four other creators who addressed the critical issues of their era – Edward Millman (Suppression), Käthe Kollwitz (Starvation), Yasuo Kuniyoshi (Torture), and Bernard Perlin (Murder) – and by Shahn himself. The work, sadly, was designed but never produced. Inspired by Shahn’s attempt to incorporate multiple voices across years and cultural identities into a single work, Horowitz has created a striking “brick wall” homage, a floor-to-ceiling installation made of signs created from the many contemporary voices he invited to respond to our current struggle.

Photograph: Courtesy of the artists

“When I read the news about the state of the world, I need to express something and get it out just so I’m able to sleep at night,” said the artist Marcel Dzama, one of the many who contributed an original poster to the wall. Dzama is also a participant in the Artists for Biden fundraiser, part of a wave of socially-engaged, arts-related projects drawn from past civil rights acts for inspiration. Also included is the tech platform Kickstarter’s Sign of Change initiative, a collection of printed projects spurring global action, and last weekend’s Wide Awakes 2020 march, a vibrant, costumed tribute to a 19th-century group of abolitionists who marched cross-country to elect Abraham Lincoln.

For her piece, the artist Christine Sun Kim, who is deaf, contributed a handwritten poster stating “Using sign language will make you a better person”, repurposing the cover of her child’s examination booklet as a background. “My child and I have been communicating in American sign language since she was born,” says the digital creator. “It’s insane that there are so many anti-sign-language doctors, audiologists and teachers out there – and scary to see the actual consequences of depriving deaf children of their natural sign language – lifetime cognitive delays and mental health difficulties,” she asserts, explaining that it is essential for her as an artist to make room in the conversation for those who are not disabled. “The more work I make, the more I force our place in history. It’s my way to protest, by making and documenting.”

The artist and musician Kim Gordon, another poster contributor, whose new book with Rizzoli is out next week, has been crafting protest paintings in gold with hashtags since Trump’s election in 2017 – a cheeky nod to the president’s favorite color -and sees signs as an outward expression of empathy and ongoing support. “They showcase people wanting to express their feelings in and towards what’s happening in the world,” she tells the Guardian.

Adrian Piper, who loaned Thwarted Projects, Dashed Hopes, a Moment of Embarrassment (2012), a performance piece about the often arbitrary construct of racial identity, believes that art, and particularly works on paper, can be enormously effective during times of political unrest. “It can transmit direct engagement with the issues from the artist to the viewer, in the artist’s own language and media,” she explains.

In one of the show’s most celebrated works, Bernard Perlin’s social realist masterpiece Orthodox Boys, two pre-teens explore the Canal Street subway stop, their youthful awkwardness heightened by the otherness of living as a Jew in postwar America. As the boys stand beside wall graffiti that blends swastikas with common American names, it’s difficult to avoid thinking of our current climate, particularly the palpable hatred many Latino and Arab immigrants face as they make their way through today’s America, and the perennial choice of holding tight to an identity or assimilating.

In Untitled (Arbeit Macht Frei) (2010), another timely piece, Horowitz references the sign that once hung at Auschwitz. In 2009, the sign was stolen and later found fractured in pieces. While the actual sign was restored, the work questions what it means to preserve a symbol of hate. Down the hall, the monumental sculpture Untitled (August 23, 2017 – February 18, 2018, Charlottesville, VA) (2020) re-creates the statue of the Confederate general Robert E Lee, which stood at the incitement point of 2017’s Unite the Right rally in Charlottesville, Virginia, and now appears as it existed post-rally, cloaked in a black tarp. Ultimately, these sculptures ask what is gained, and by whom, and what is lost by keeping these symbols on display or choosing to tear them down.

“Art is a language, an interpretation of our reality,” according to the artist and activist Marilyn Minter, a long-ime collaborator with Horowitz on political projects, including the collective Halt, which later became Downtown for Democracy. “I’ve never seen democracy this fragile. It’s like every generation seems to have learned nothing from history,” she laments. In one way or another, that profound concern is what animates Horowitz’s show – can we learn? Can we grow? And, most importantly, what will empower us to build a better world?

Sat Oct 10 , 2020
The Conroe Art League (CAL) has been named a recipient of a 2021 Arts Create grant by the Texas Commission on the Arts (TCA). The award of $8,500 is a two-year operational grant that requires CAL to match the funds. “This marks the fourth year CAL has received funds from […] 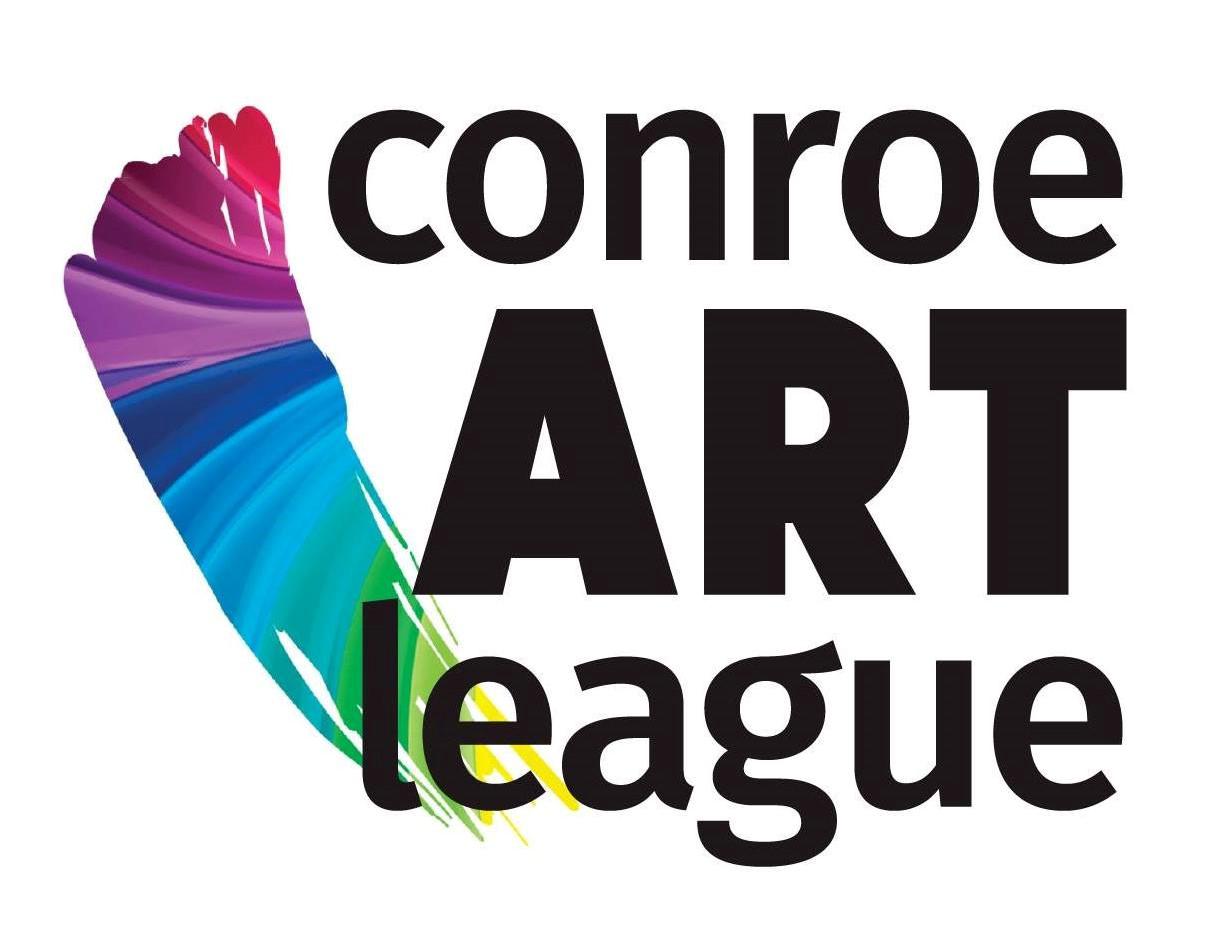