As you move through the exhibition, it is worth remembering that the finalists and winners are chosen by the Art Gallery’s trustees (except the Sulman Prize which is judged by a guest artist – Khadim Ali this year). The exhibition is a snapshot of their tastes, and debates about the […]

As you move through the exhibition, it is worth remembering that the finalists and winners are chosen by the Art Gallery’s trustees (except the Sulman Prize which is judged by a guest artist – Khadim Ali this year). The exhibition is a snapshot of their tastes, and debates about the winners demonstrate art’s power to be a window to different world views.

Anne Ryan, curator of the exhibition, notes there is increased diversity in this year’s Archibald – a record number of Indigenous finalists (including Vincent Namatjira, the first Indigenous winner in the prize’s 99-year history), and the inclusion for the first time of portraits by artists living with a disability. This diversity is “not just in terms of who the artist is, not even just in terms of what they’re painting, but how they see the world”.

There are familiar faces to be found and new ones to meet, from Maggie Tabberer to Adam Liaw, L-Fresh the Lion to Barry Jones. An insightful portrait requires deep connection between painter and sitter and many artists have painted well-known friends or fellow artists, while others opted for a self-portrait. The choice of sitter “tells you … what artists feel they are capable of doing in terms of getting a very true portrait,” says Ryan.

The artists’ aesthetic choices, from texture to scale, can only be truly experienced in person. While some artists splash a public persona on a large canvas, others have chosen a small, personal take.

“There’s a lot of large portraits of assertive, often male presence,” Ryan observes. “This is not uniform by any means, but a lot of the portraits of women are far more diminutive, quiet, soft… Sometimes a big picture is shouted down by a very quiet, small picture.”

Karen Black‘s portrait of the late artist Madonna Staunton uses colour and texture to express the complexities of her subject, an accomplished artist who was living with dementia at the end of her life. Black’s brushstrokes draw the eye in and out of the painting’s layered depths.

William Mackinnon‘s painting Sunshine and Lucky (life) captures the overwhelming experience of new parenthood, and how a woman’s individual identity can get lost while caring for a newborn. Mackinnon’s large-scale portrait of his partner breastfeeding their child holds its own among the many large-scale portraits of men on show.

Neil Tomkins and Digby Webster began painting each other separately but as their portraits progressed it became clear the works belonged together, united under the friends’ shared middle name Ernest. Their powerful gazes, which would have originally been directed at each other, now compete for the viewer’s attention.

John Ward Knox‘s detailed painting of New Zealand Prime Minister Jacinda is actually two paintings on translucent silk, suspended a few centimetres apart from each other within the frame. The images shift as the viewer moves, inviting observers into this informal moment around the kitchen table.

Kaylene Whiskey listens to the music of Dolly Parton while she paints, and Dolly visits Indulkana imagines the singer visiting Whiskey at her home in the Anangu Pitjantjatjara Yankunytjatjara (APY) Lands. The painting captures a party atmosphere, where dreams and reality collide in a buoyant expression of Whiskey’s personality.

Despite the Pixel Art, 'There Is No Light' Isn't Your Daddies Action-Adventure

Tue Sep 29 , 2020
There Is No Light Preview There Is No Light is not a playful romp through a forest or a tumble through a creative obstacle course, it’s an action-adventure that delves through the darkest pits of the underworld with horrific visuals that would feel at home in a Castlevania or Diablo […] 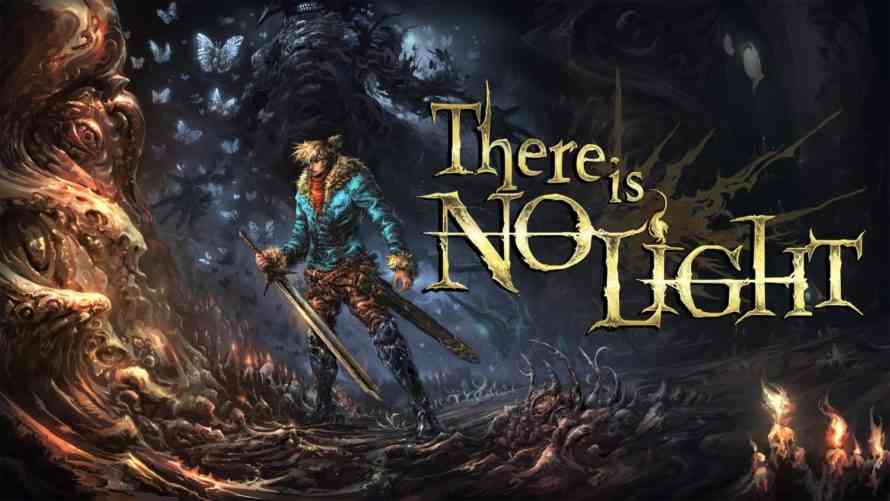